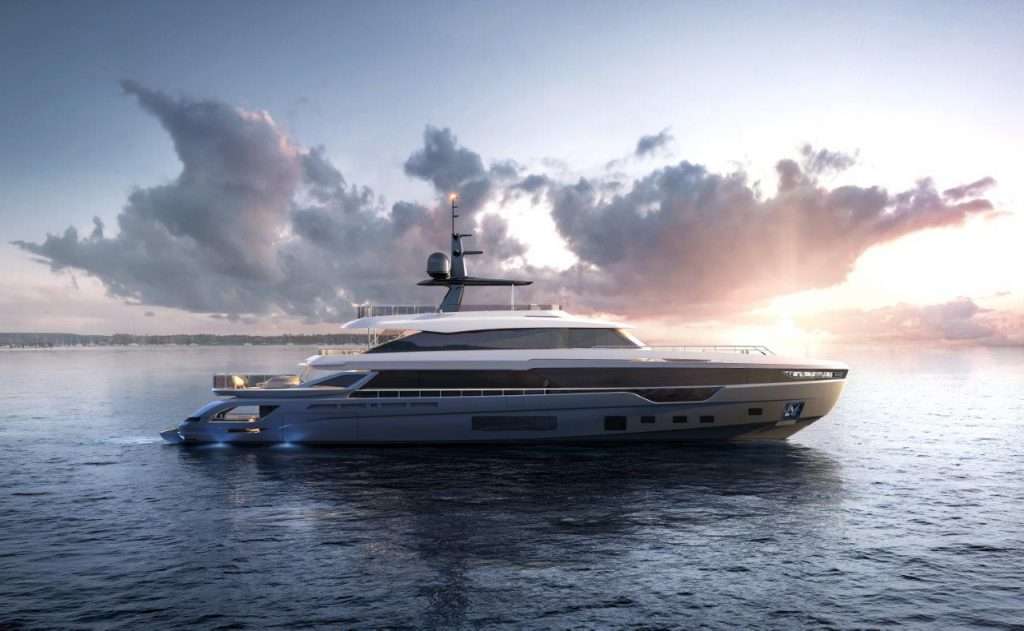 Today, Azimut Yachts, the world’s most prolific yacht builder, released designs and renderings of its new flagship, the 38.2-metre Azimut Grande Trideck. It is the first three-deck yacht to be built by Azimut. The delivery of the first unit is planned for early 2021.

Exterior designer Alberto Mancini introduced layout changes such as an aft raised cockpit, along with new outdoor areas. The raised deck in the stern creates new exterior spaces spaced out around the boat. The creation of this raised deck opened the door to a trio of new zones: a Sea View Terrace, Beach Club and Private Patio. Owners and guests are spoilt for choice, whether they want quiet moments alone or to spend time in a convivial, comfortable setting. 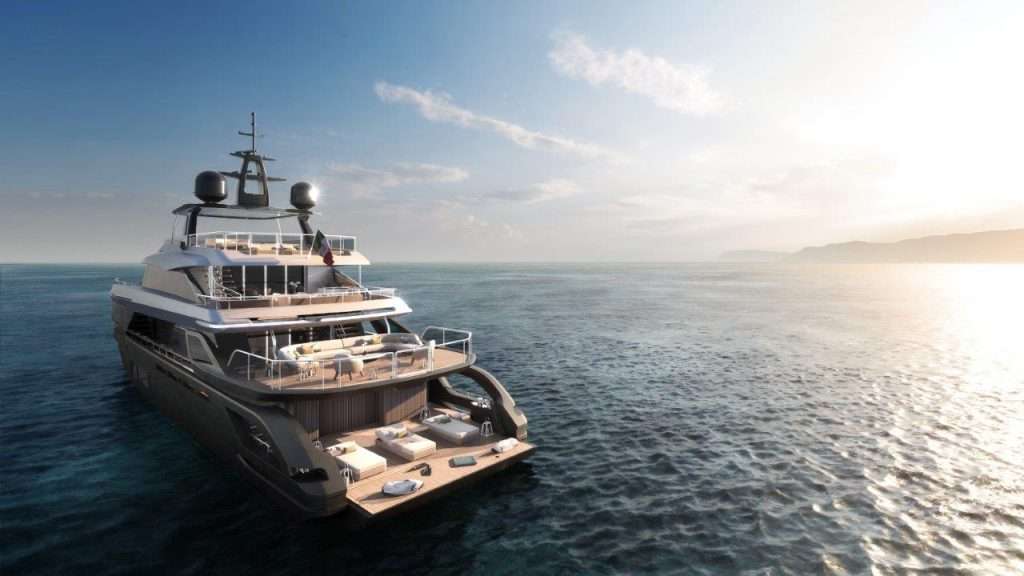 The Sea View Terrace has no side enclosures, ensuring spectacular views – the terrace appears detached from the bulwarks and to float on the water. There is a large beach club at sea level. At anchor the transom opens up to extend the entire space to over 30 square metres, hovering tantalisingly over the water. Finally, there is the Private Patio, a few steps below the Sea View Terrace, which is meant for more intimate settings. 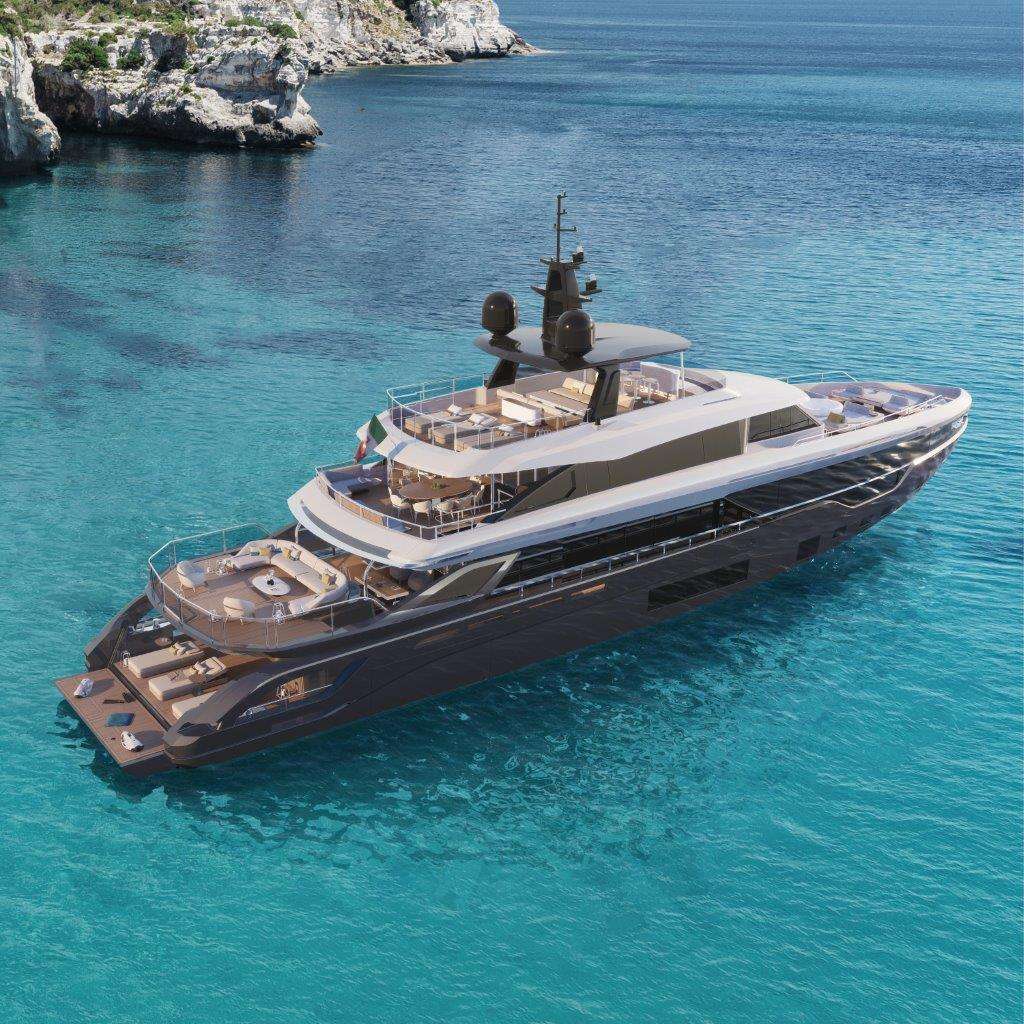 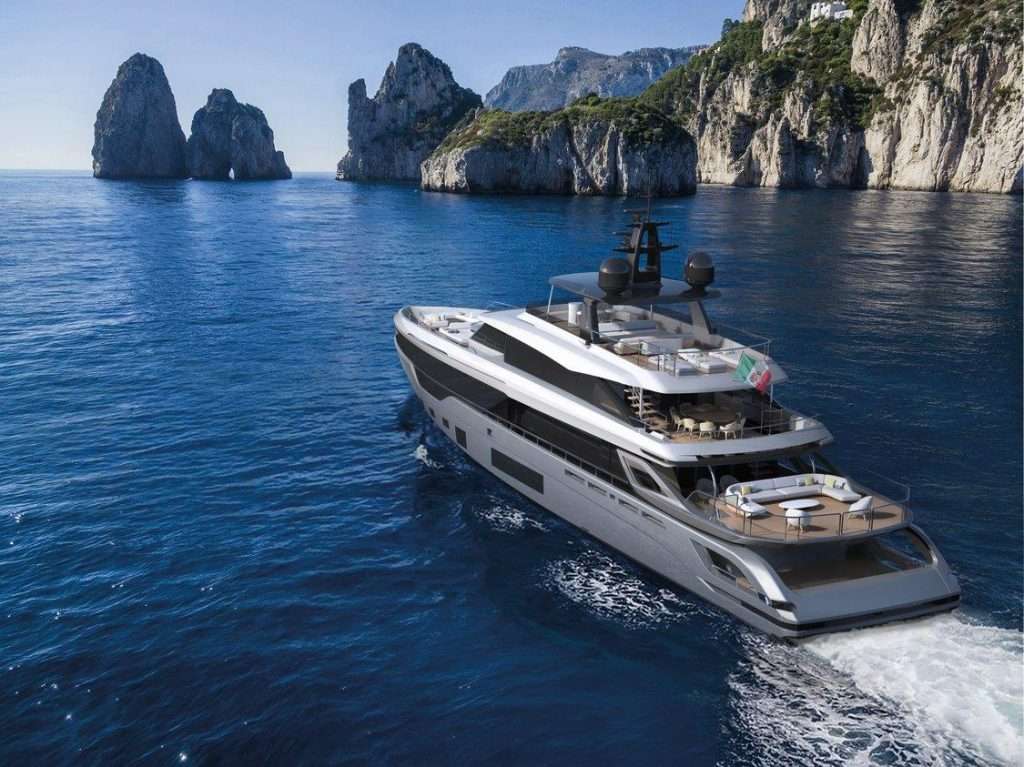 Naval architect Pierluigi Ausonio created a displacement-to-planing hull in tandem with the Azimut Research and Development centre for maximum efficiency at all speeds. The double chine hull reduces drag at cruising speed and improves stability during displacement navigation. With the upper range engine option of 2600 mHP, the new Azimut Grande Trideck delivers a top speed of 24 knots and a cruising speed of 21 knots.

The entire superstructure is laminated in carbon fibre, with added vinylester and epoxy resin to reduce weight. This improves overall performance in speed, range and fuel consumption.