The new yachts both incorporate elements of the Italian builder's Grande line, with fresh features 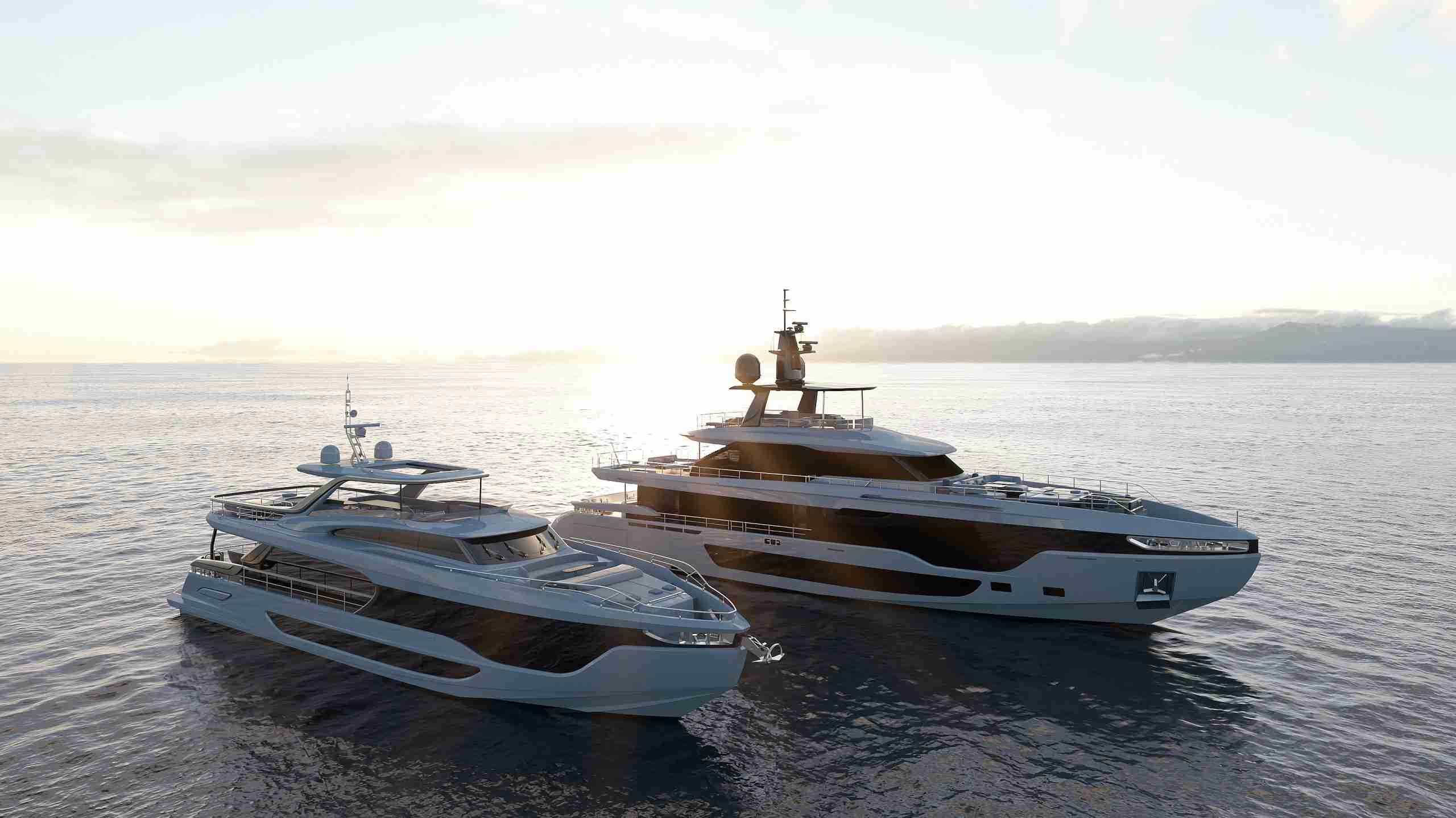 After the launch of the Grande Trideck last year, Azimut has unveiled details of the new Grande 26M and Grande 36M superyachts.

Both models will be presented to the public at the Cannes Yachting Festival later this September.

The new yachts both incorporate elements of the Italian builder’s Grande line, such as floor-to-ceiling windows, with fresh features. On the Grande 26M, a fold-up sea view terrace is created by opening up the stern hatch so that it becomes a natural extension of the cockpit. This design, inspired by that of the larger Trideck, transforms the cockpit into an al fresco living area or open-air dining zone with a walkaround table. 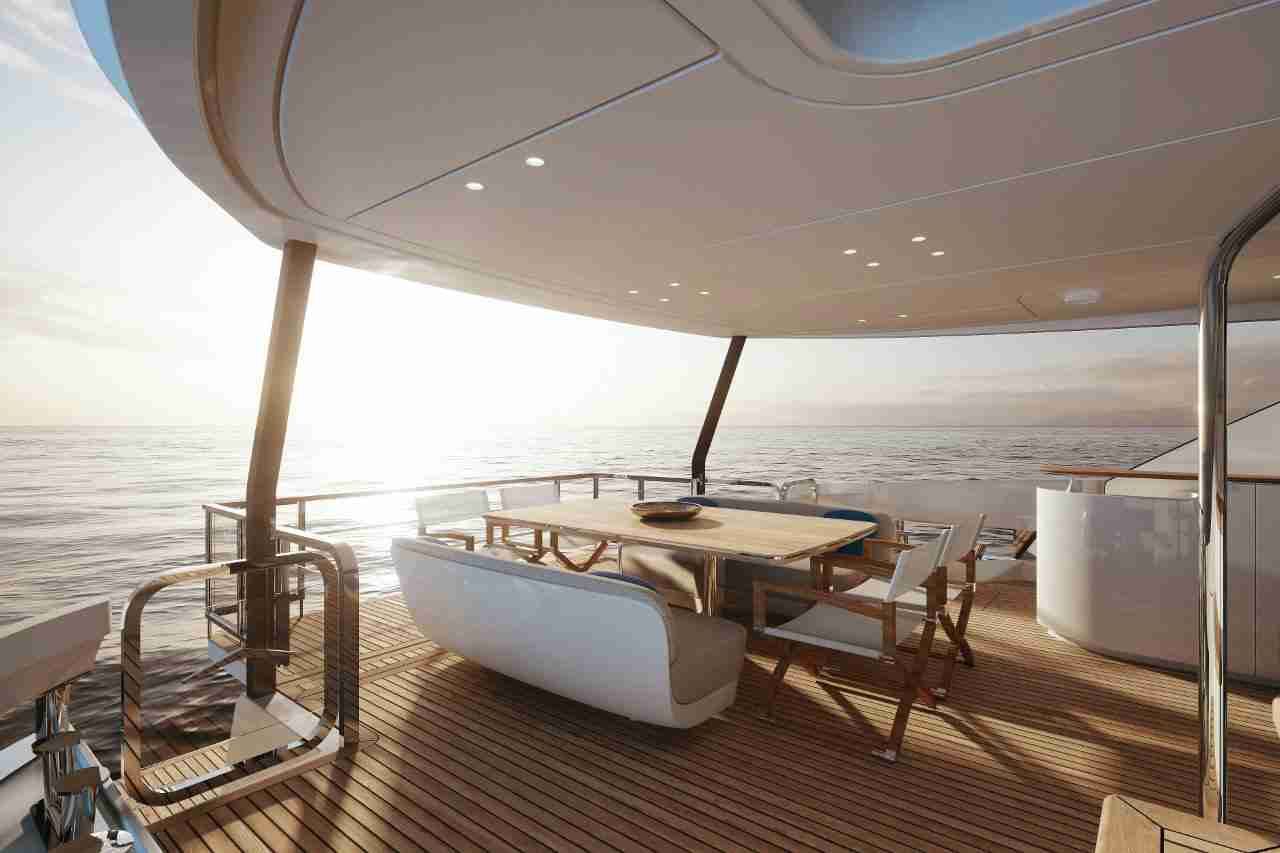 The interiors by Alberto Mancini feature an owner’s suite with floor-to-ceiling windows on the main deck and four guest cabins below. Crew quarters are located in the bow with direct access to the galley and side walkway, a separate thoroughfare made possible by the partially-raised wheelhouse.

With the Grande 36M, Azimut introduces an upper deck semi-walkaround, which runs on a single level from the stern almost to the tip of the bow. This is a new feature for the line.

The sky lounge sits at the centre, with oversize slide-away glass doors opening up to allow the interior to merge into the exterior with its all-glass hot tub and sundeck. The salon and sky lounge can be ﬁtted out in a variety of ways, from traditional to more innovative, including an informal indoor-outdoor dining zone. 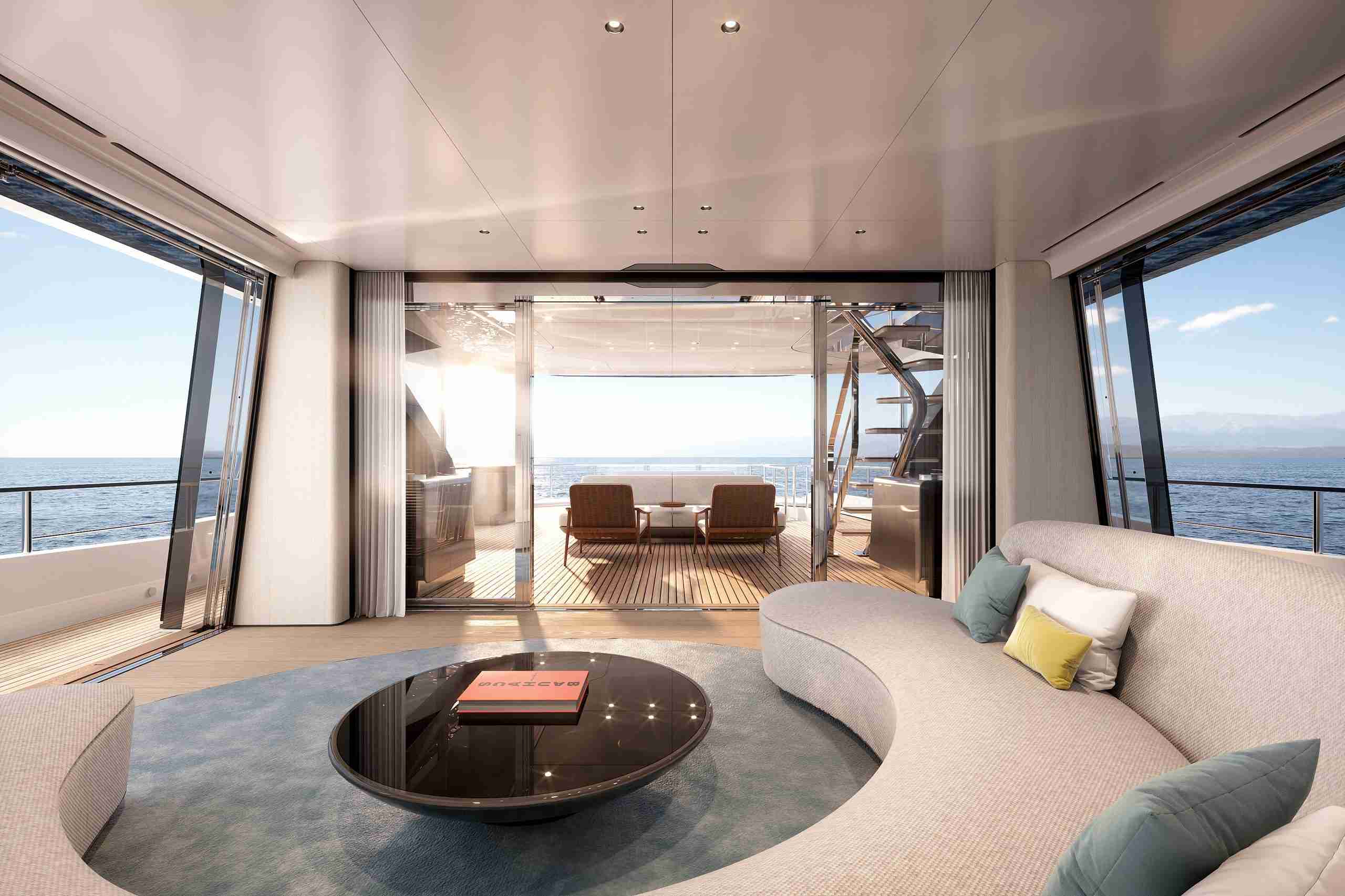 Both the Grande 26M and Grande 36M use carbon ﬁbre and vinyl ester resin, which together reduce the superstructure weight by 30%; optimising engine power.

The Grande 26M is powered by a new Pod drive system which, together with the lighter structure, lowers fuel consumption by 20% in comparison with traditional boats of similar dimensions, while the Grande 36M boasts a D2P (Displacement to Planing) hull.

The hull is designed by Pierluigi Ausonio of Studio Plana and the Azimut|Benetti R&D department, who previously collaborated on the Grande Trideck. The builder says this D2P hull’s wave piercer “delivers optimised fuel usage levels, with peaks in the efficiency of up to 40% at displacement speed, compared to traditional hard chine hulls.”