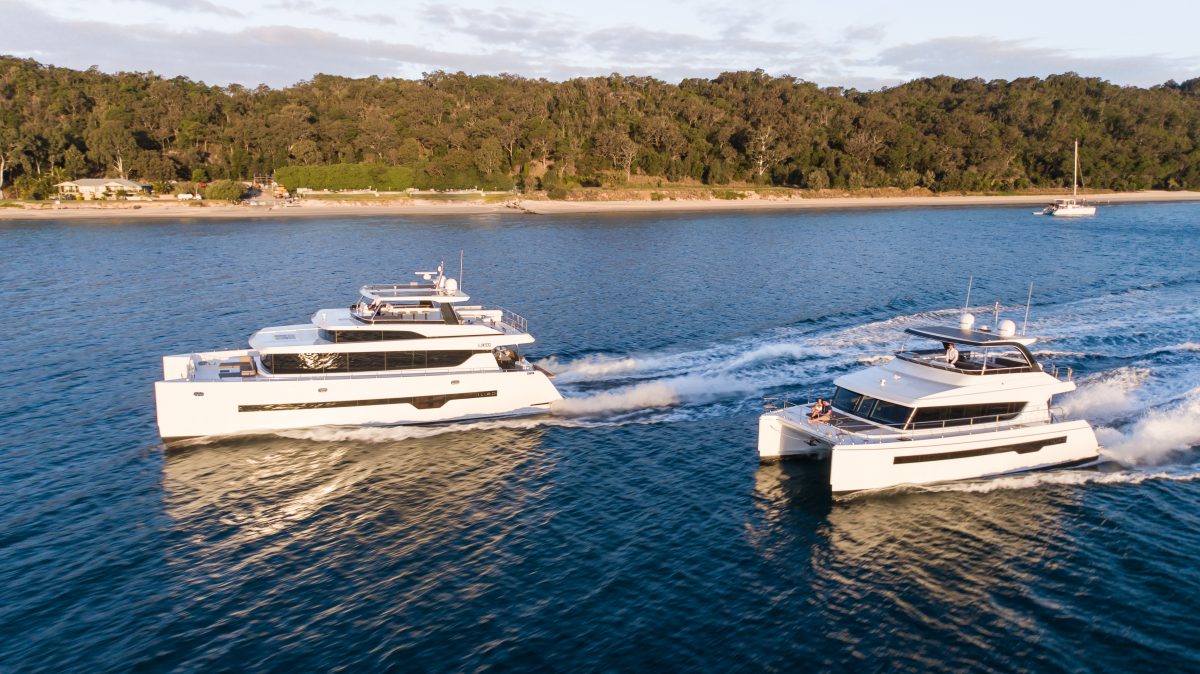 When Australian brand Iliad Catamarans debuted its long-range cruising motoryachts that measure from 50 to 80ft (15.2 to 24.4m) in 2019, it was the product of years of research and development by its internationally accredited team of European designers and naval architects.

Led by Mark Elkington, also founder and CEO of Multihull Solutions and The Yacht Sales Company, who brings more than 30 years of marine industry experience to the brand, “helping clients from various sailing and power-boating backgrounds purchase a new or pre-owned yacht,” feels that ‘compromise’ lies at the foundation of almost all yacht purchases. 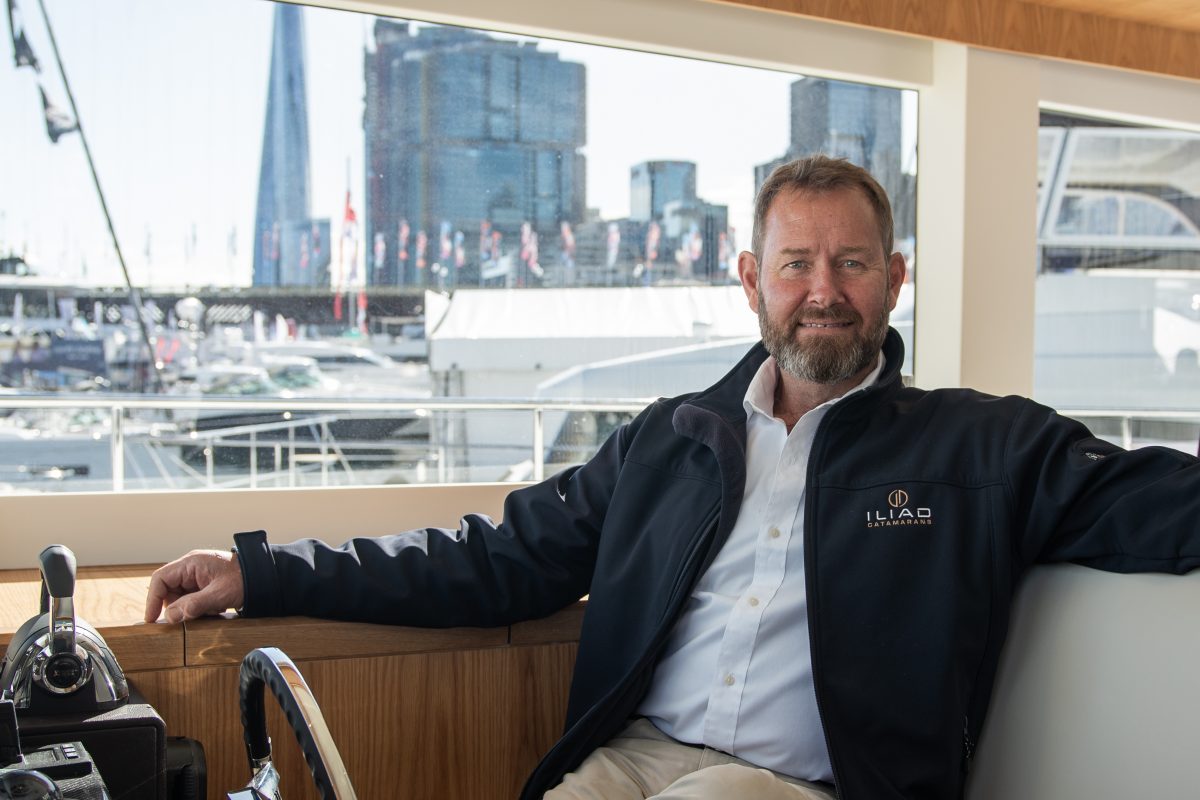 “Every production boat – sail or power, large or small – represents a compromise of what buyers ideally want in their yacht,” he explains. “They opt to sacrifice some great features in one design for appealing features in another. But the most important responsibility a sales consultant has is keeping the buyer focused on the hull design, features and layouts that they cannot live without or are not willing to compromise on.”

As a yacht broker, Elkington recalls many testing experiences with clients over the years, trying to help them understand the important compromises they were about to make because another dealer’s price seemed more attractive or a master cabin window in a newly released model was enormous. Sometimes, he thinks, an owner ends up purchasing a yacht that is so far removed from their original brief because they have made too many compromises, which “can lead to an owner not enjoying lifestyle they dreamed of, leading some to sell the yacht after a year or so.

“My team and I have handled dozens of resales for clients who were sold yachts by brokers only interested in the sales commissions, rather than the clients’ best interests.”

After years of observing disappointed clients, Elkington planned to create his own brand in 2016. “I recognised the market needed a true, customisable option, a yacht that was constructed to the highest standards and that reduced the necessity for buyers to compromise on what they wanted,” he says. “Most of my marine industry career had been focused around the multihull market, and I knew a number of clients that I felt needed more choice. They wanted a particular layout for a lifestyle to live aboard or to make long ocean passages. They also wanted specific and different brands of equipment that are not possible with production boats, and particular timber types and colour palettes in the interior.”

“I recognised the market needed a true, customisable option, a yacht that was constructed to the highest standards and that reduced the necessity for buyers to compromise on what they wanted,” – Mark Elkington, CEO, Iliad Catamarans

Elkington brought Italian naval architect Italian Riccardo Bulgarelli on board for Iliad. He had worked in Europe for several years for some of the world’s leading shipyards (including Ferretti Group and Dalla Pieta) before establishing his own design firm ITAC in Hangzhou, China.

“It was not straightforward getting the project off the ground,” Elkington recalls. “We had to build a test Iliad. The first was a 50-footer which took a year to build and another year of ocean-passage testing covering more than 10,000 nautical miles. We were committed to ensuring everything was right before taking it to the market. We invested a huge amount of time making small adjustments to the yacht’s systems and improvements to its overall function and performance.

“By 2018, we knew we were ready. We developed comprehensive customisation plans for new clients and our team had the confidence to build moulds and commence tooling for the inaugural Iliad 50 to be presented.” This model premiered at the 2019 Sanctuary Cove Boat Show, was sold on the second day of the show, and a number of further orders were taken. 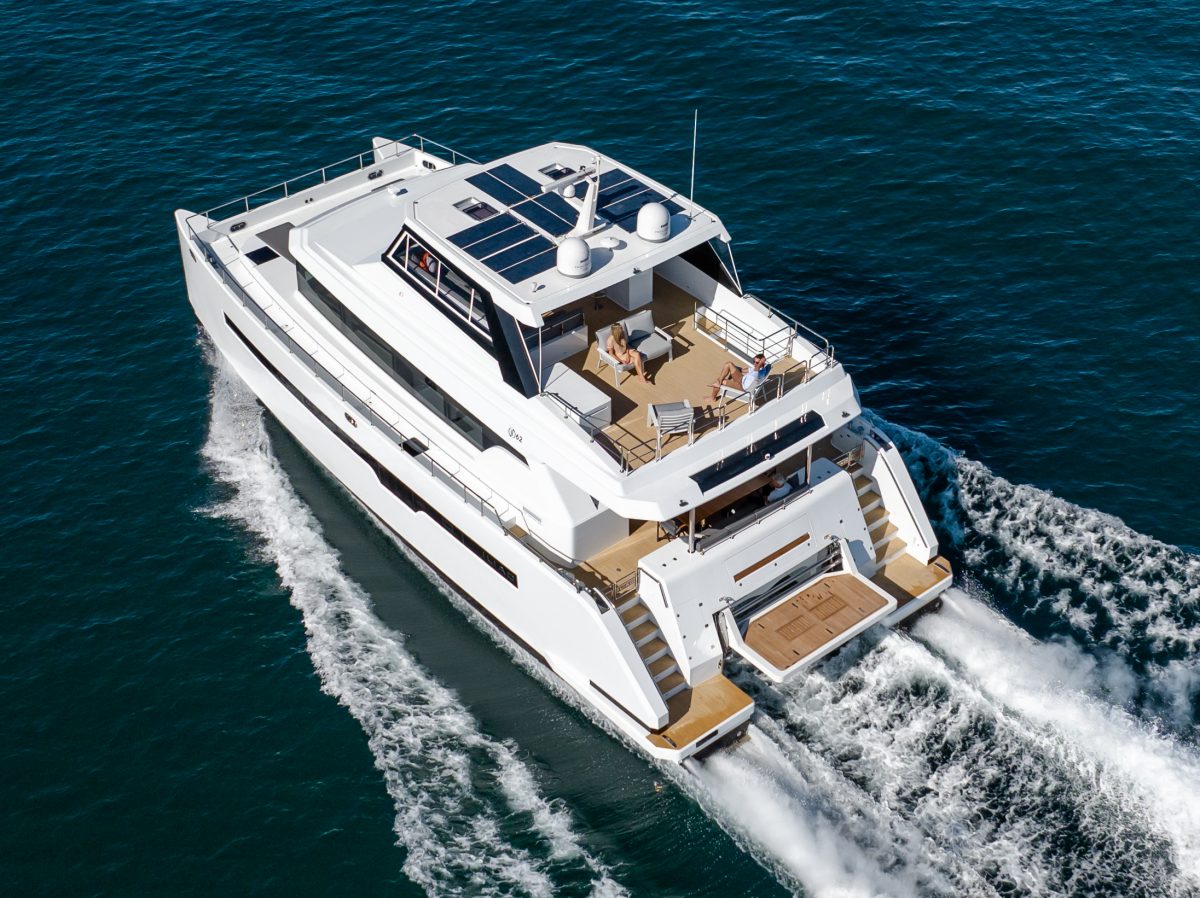 Iliad’s expanded range now features the sportier-lined 53S and 53F, and the Iliad 62, and it has taken 20 orders from the relatively-small customised luxury powercat market. The 62’s debut delivery – with its spacious owner’s suite in the port hull – is expected in 2023. 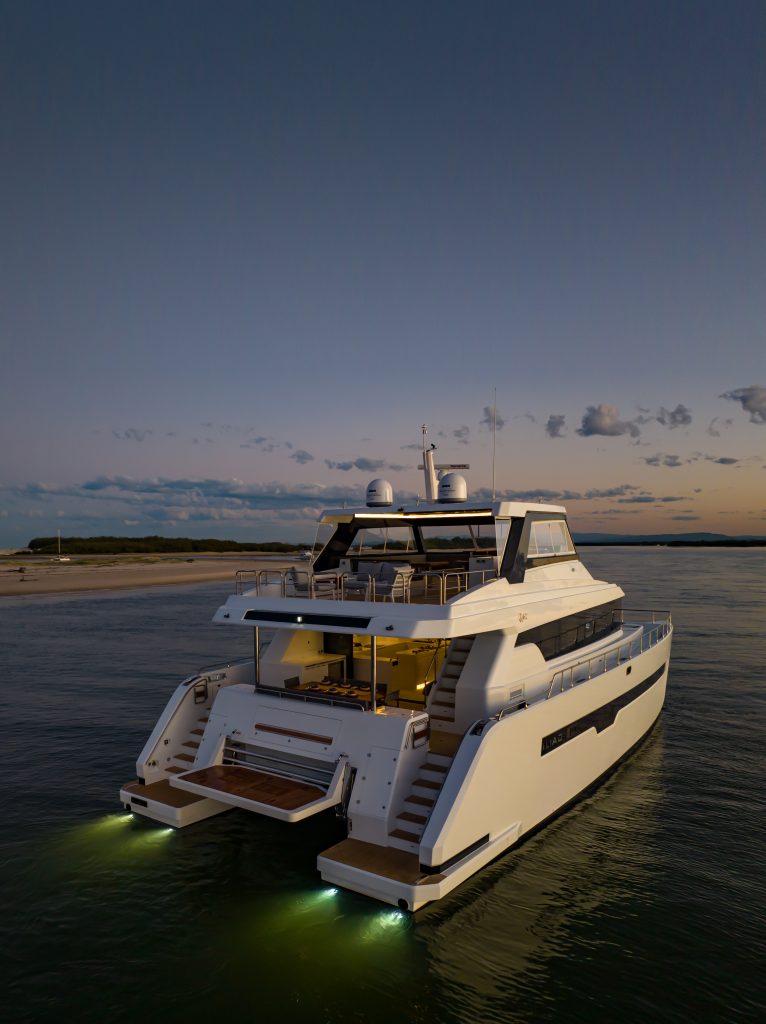 Sleek and spacious, the Iliad 62