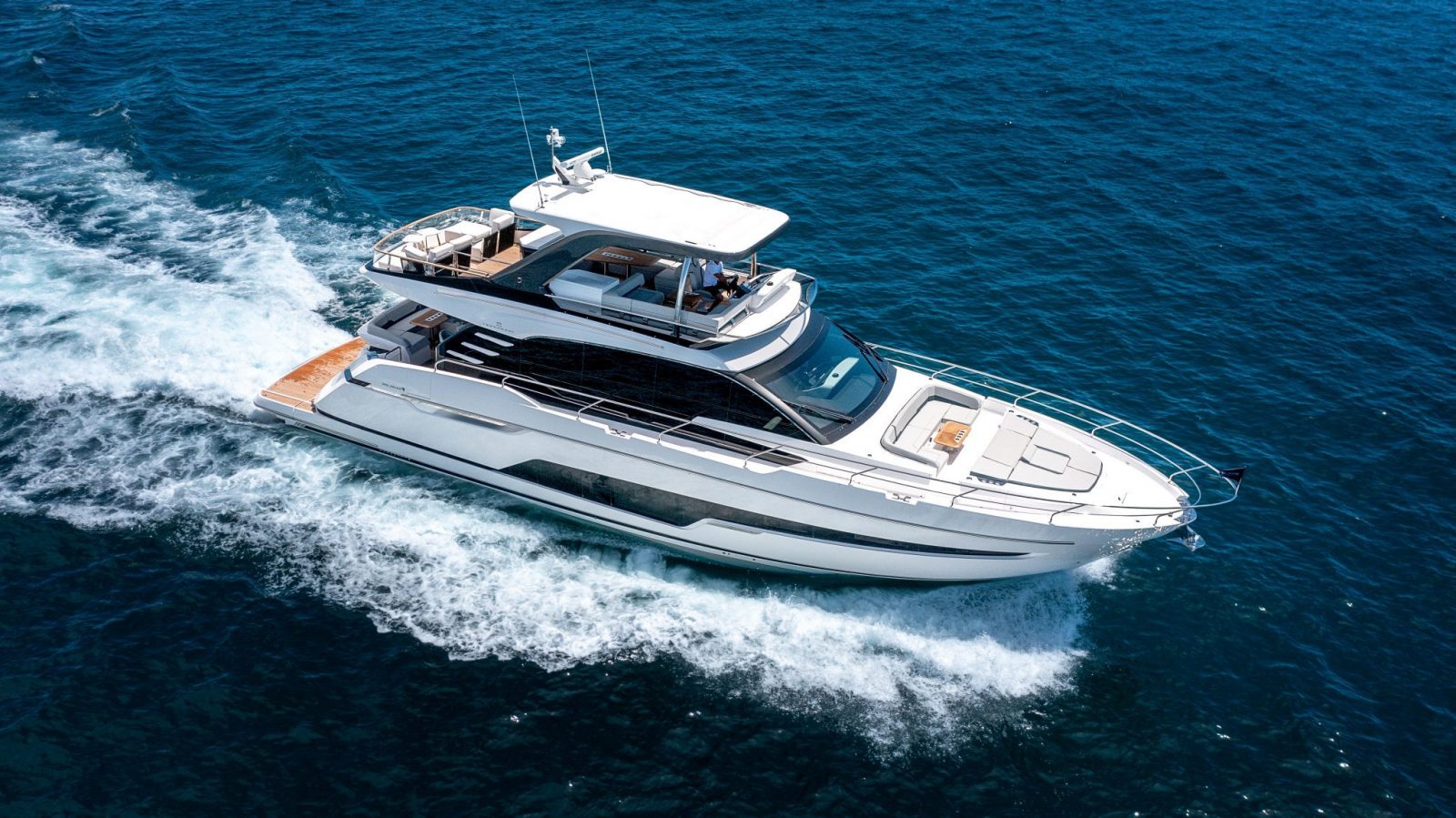 Asia’s first new Fairline Squadron 68 has launched in Pattaya, making its debut at this year’s Thailand Yacht Show from June 9-12.

The flagship flybridge, which was launched in 2019 and was reimagined by Fairline in 2022, went on display as part of dealer Simpson Marine’s nine-yacht showcase.

Significant changes made within the model’s 2022 update include a redesigned exterior and more interior volume, brightness and an enhanced interior design. The most significant change on the outside is the hardtop, which is now much better integrated into the flybridge moulding. 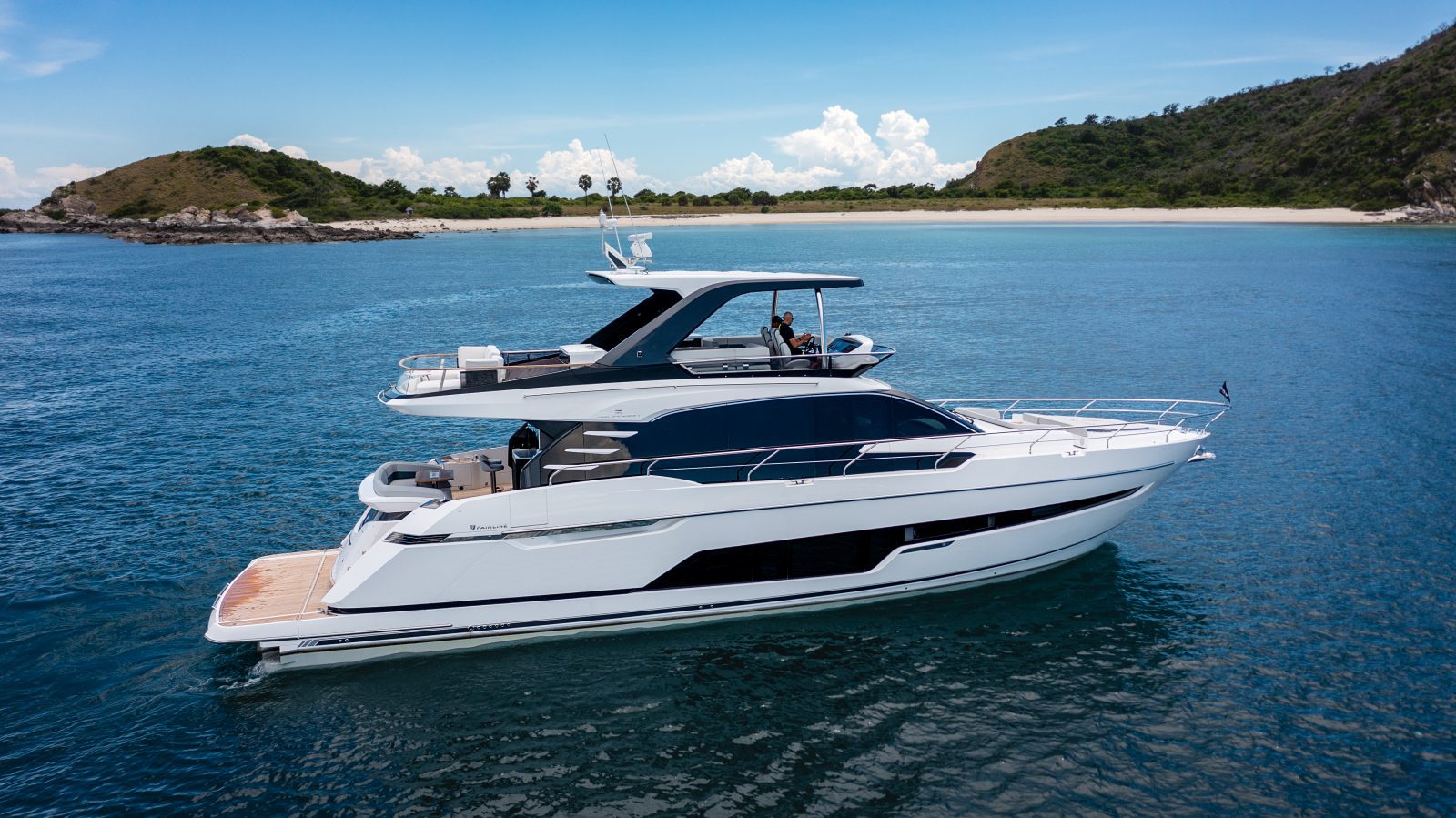 The shipyard also changed the sunroof itself, replacing the slatted version with a canvas roof that fully retracts. There are some tweaks to the window line, meaning the styling on the topsides is a little bit different, but one new key feature is a side door added on the starboard side deck. This means that you can ventilate the helm easily, but it also means that those at the helm can get out onto the deck far more easily than having to walk out the back door and up onto the side deck.

Other key features include a high-low bathing platform with a 500kg capacity, so the yacht can carry a Williams 345 as a tender. 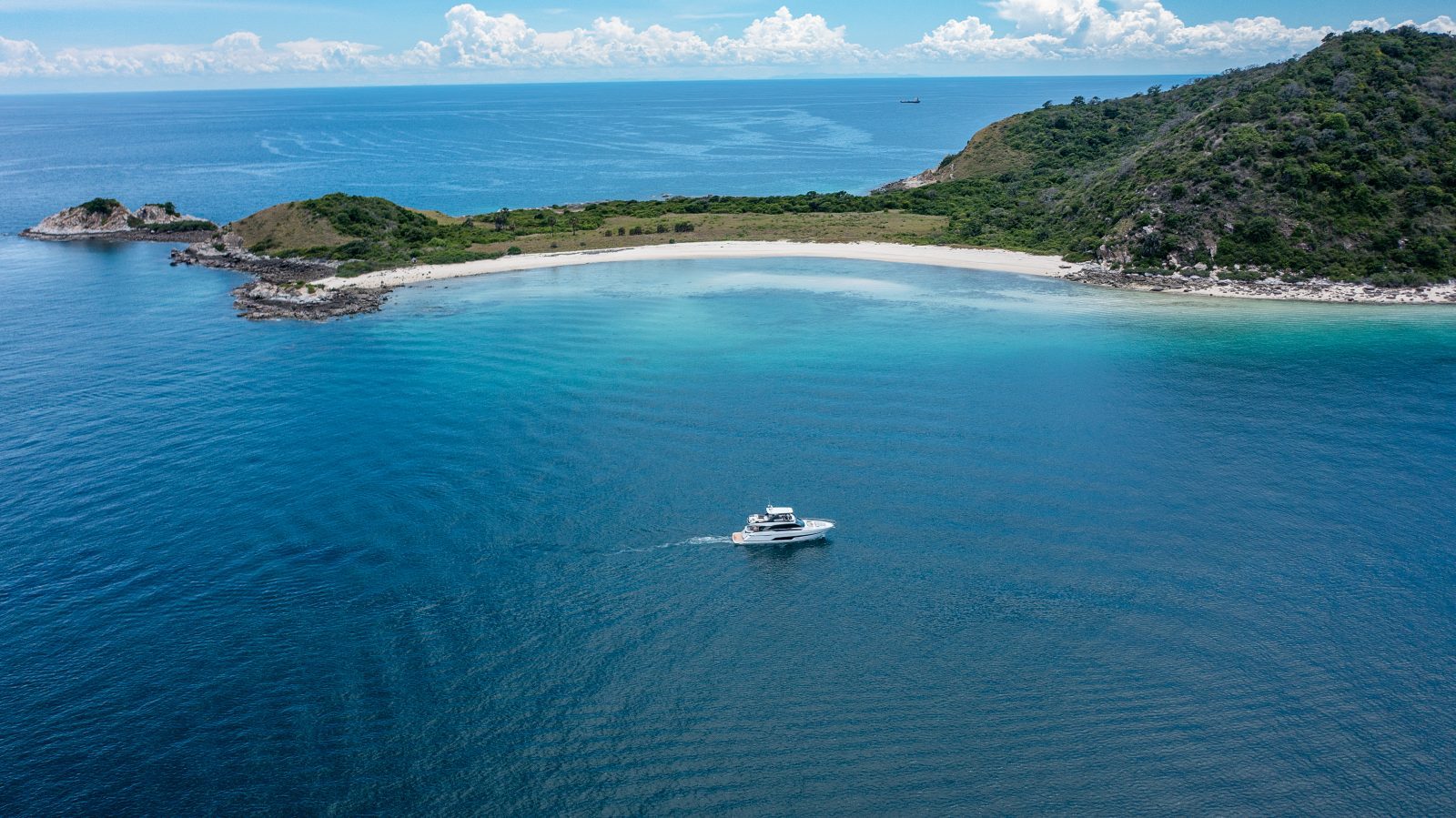 Simpson Marine reports that the yacht received a warm welcome at the Thailand Yacht Show and was delivered to its new owners right after the event. It will now be berthed at Ocean Marina Pattaya.