It's showtime! As the annual anticipation is quenched at European boat shows, we also explore the buzz in Asia-Pacific yachting and lifestyle arenas 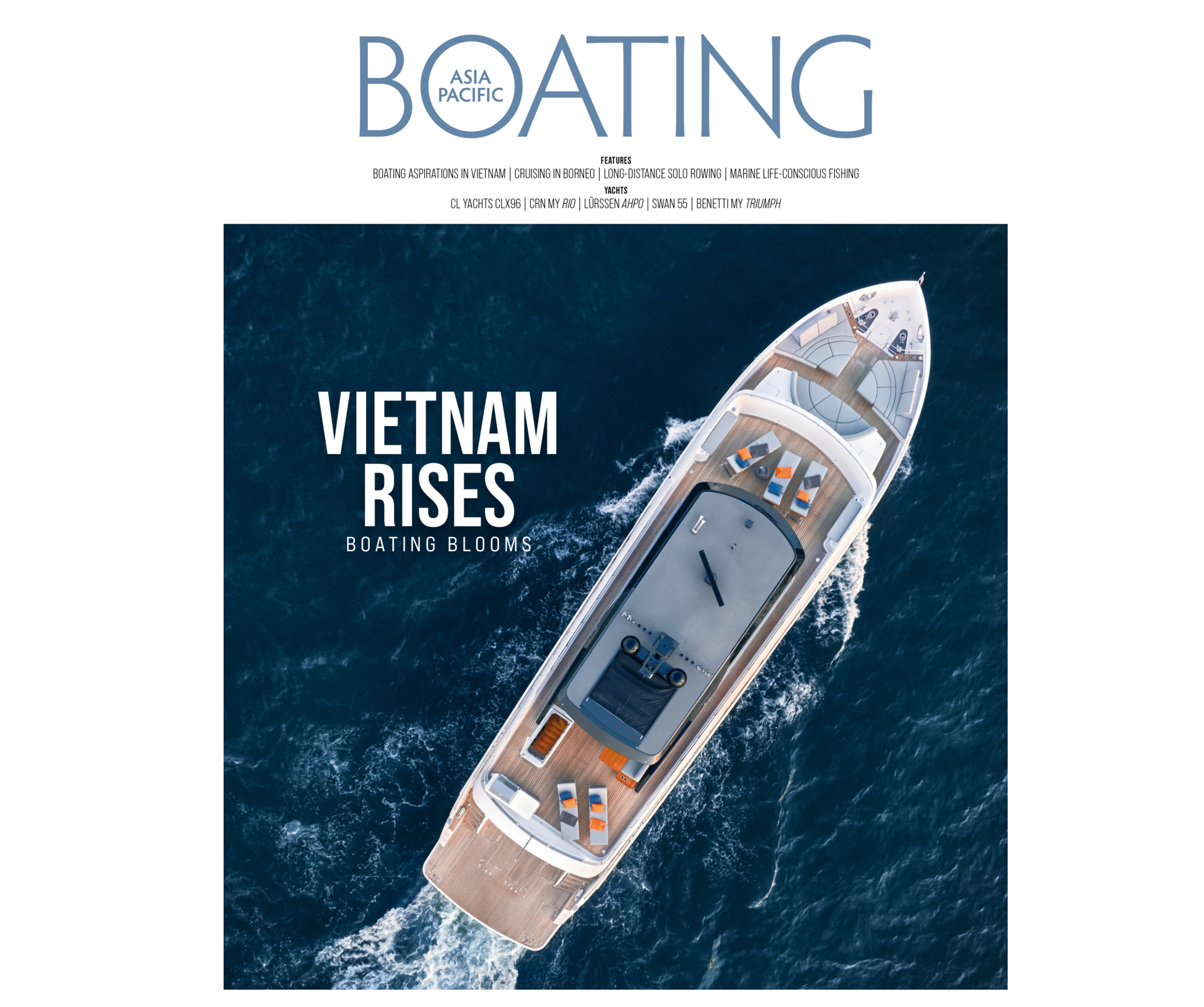 CLICK HERE AND SAVE 10% OFF AN ANNUAL SUBSCRIPTION TODAY

Once again, the eyes of the world’s yacht-minded turn to the annual shows in Cannes and Monaco this September and into October. Both have regained their post-pandemic momentum and, as many know, in the recent era of less travel, sailing and motoryachts – not to mention marine sports equipment and toys – have never been so much in domestic demand.

Most of the world has now re-opened to travel, and logistics are largely back on track. As such, two of the main talking points at the two shows will no doubt be: have the waiting times for yacht delivery begun to dissipate, and has the promotion of yachting started its return to normalcy? 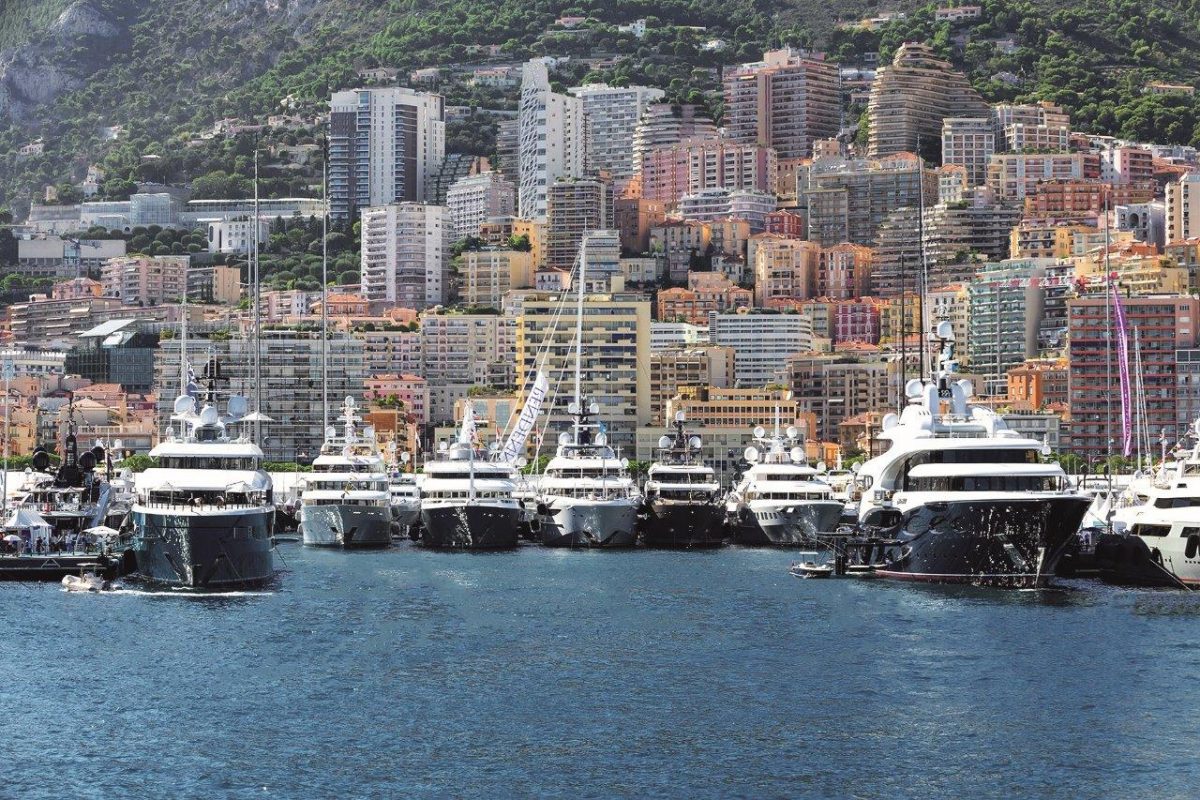 The exact models to be shown by boating brands have been confirmed later than usual this year than in pre-Covid times. Still, we did indicate what was expected from some major shipyards in the last issue of APB – in articles that can be found online at our recently redesigned website, along with up-to-date reports about the shows as news comes in.

Our Trendlines reports in this issue include news on selected happenings at Cannes and Monaco, as well as in other parts of the world.

Of our five Spotlight reviews, three are world-premiere superyachts and megayachts appearing at the Monaco Yacht Show – the opulent new 115m Lürssen Ahpo, CRN’s 62m MY Rio and the 65m Benetti MY Triumph – and one is a global premiere of a premium sailing yacht at the Cannes Yachting Festival: the new Swan 55, an elegant cruising-racing sailing yacht crossover. 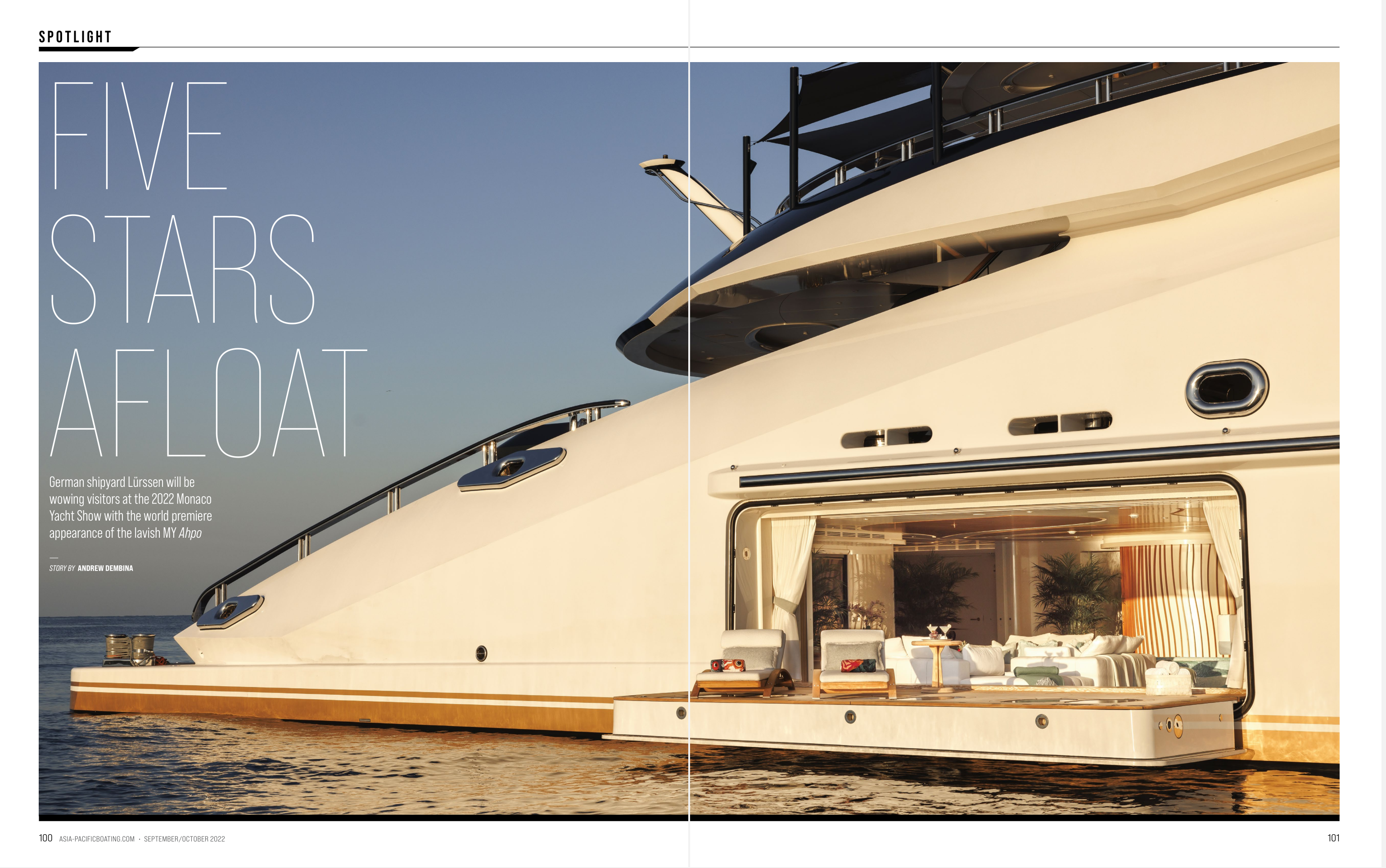 Speaking of crossover yachts, back in the Asia-Pacific, a much-anticipated soft-premiere in Hong Kong of the new flagship model from CL Yachts in its new high-performance X series: CLX96, which graces this issue’s cover. 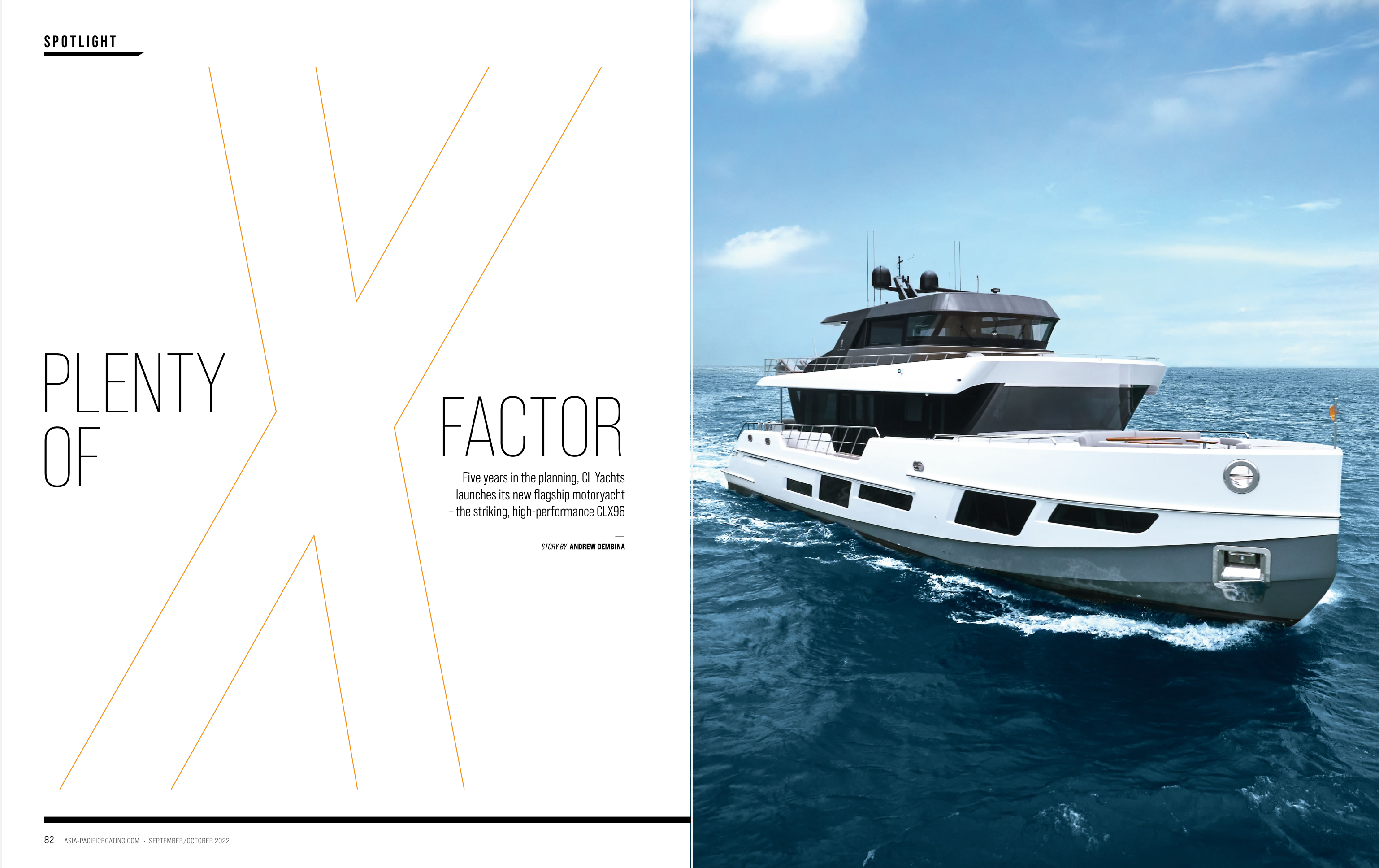 Asia-Pacific regional focus continues in the magazine with our special feature on Vietnam, which has been a promising market for yachting for some time but has only recently started developing more brokerages and planning marina developments more seriously. We interview some of those involved in these key areas, who describe the country’s growth and potential, spelling out some hoped-for improvement areas on the horizon. 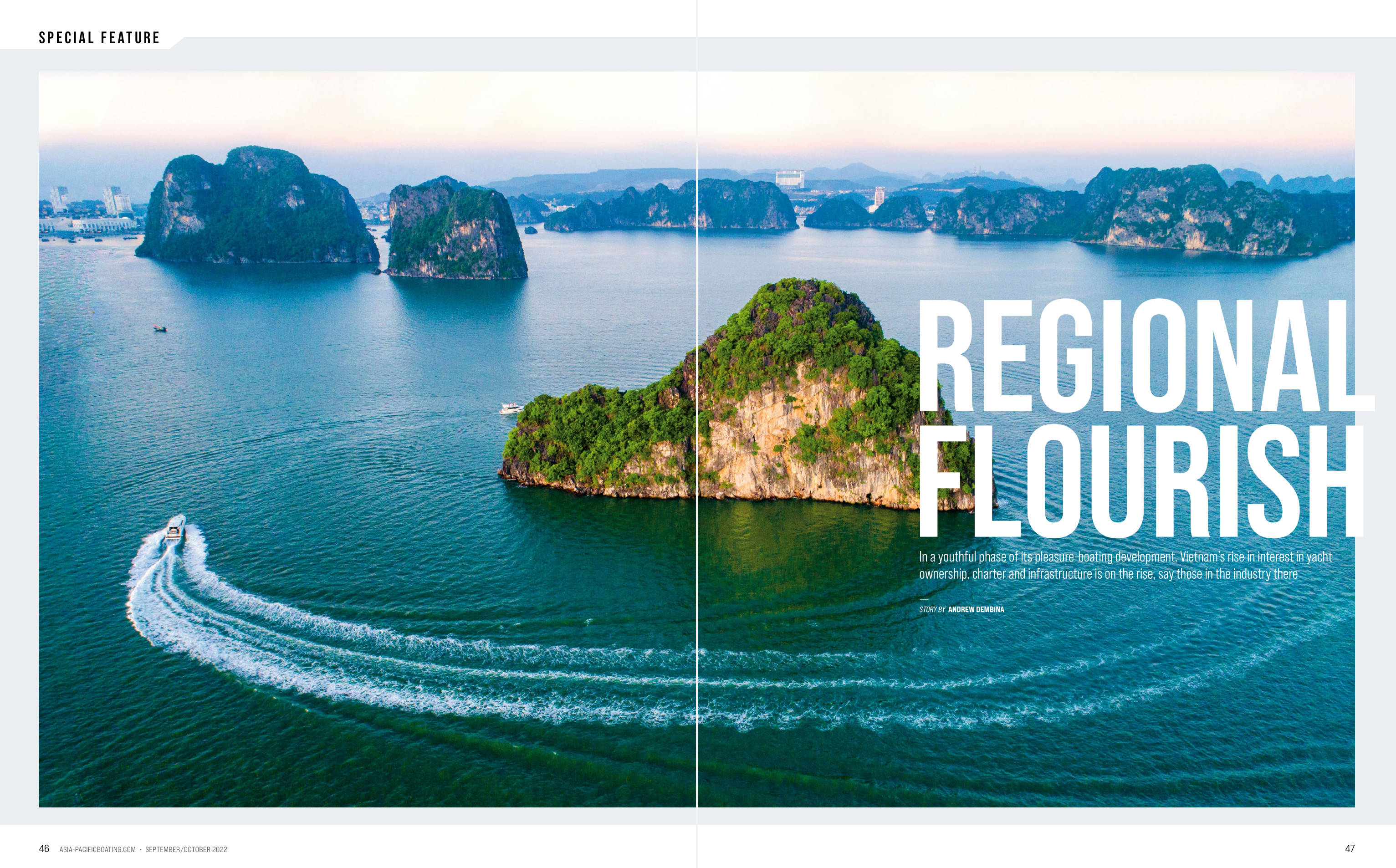 As much of Asia re-opens for tourism and yacht charter, our destination feature this issue is Malaysian Borneo, which has much to offer in its mostly pristine waters, as well as multiple tropical landscape and cultural attractions onshore. 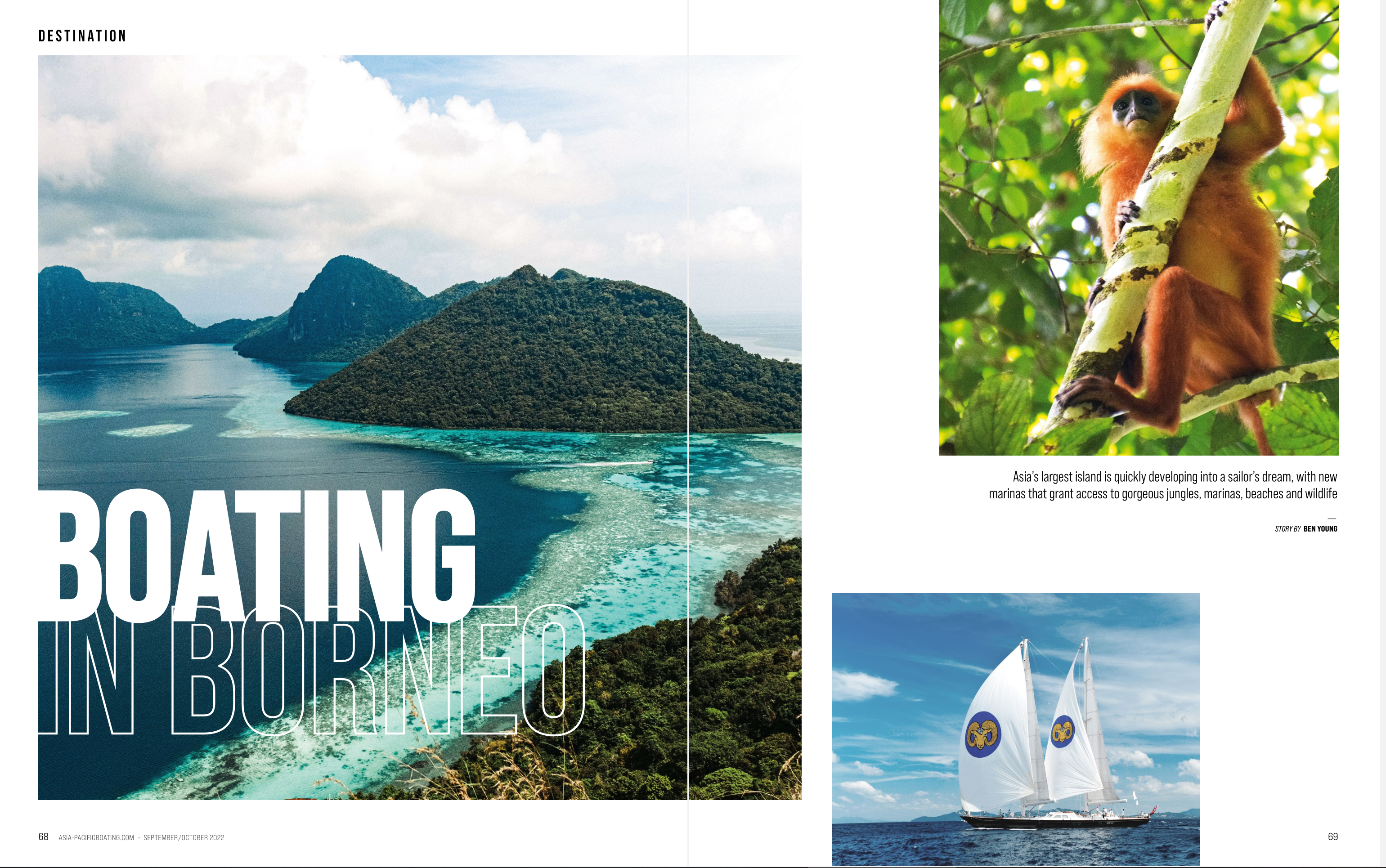 In Hong Kong, we hear how NGO co-founder Kay Rawbone and her late husband Mike established Sailability, which is now a global organisation that promotes sailing among the disabled and disadvantaged. 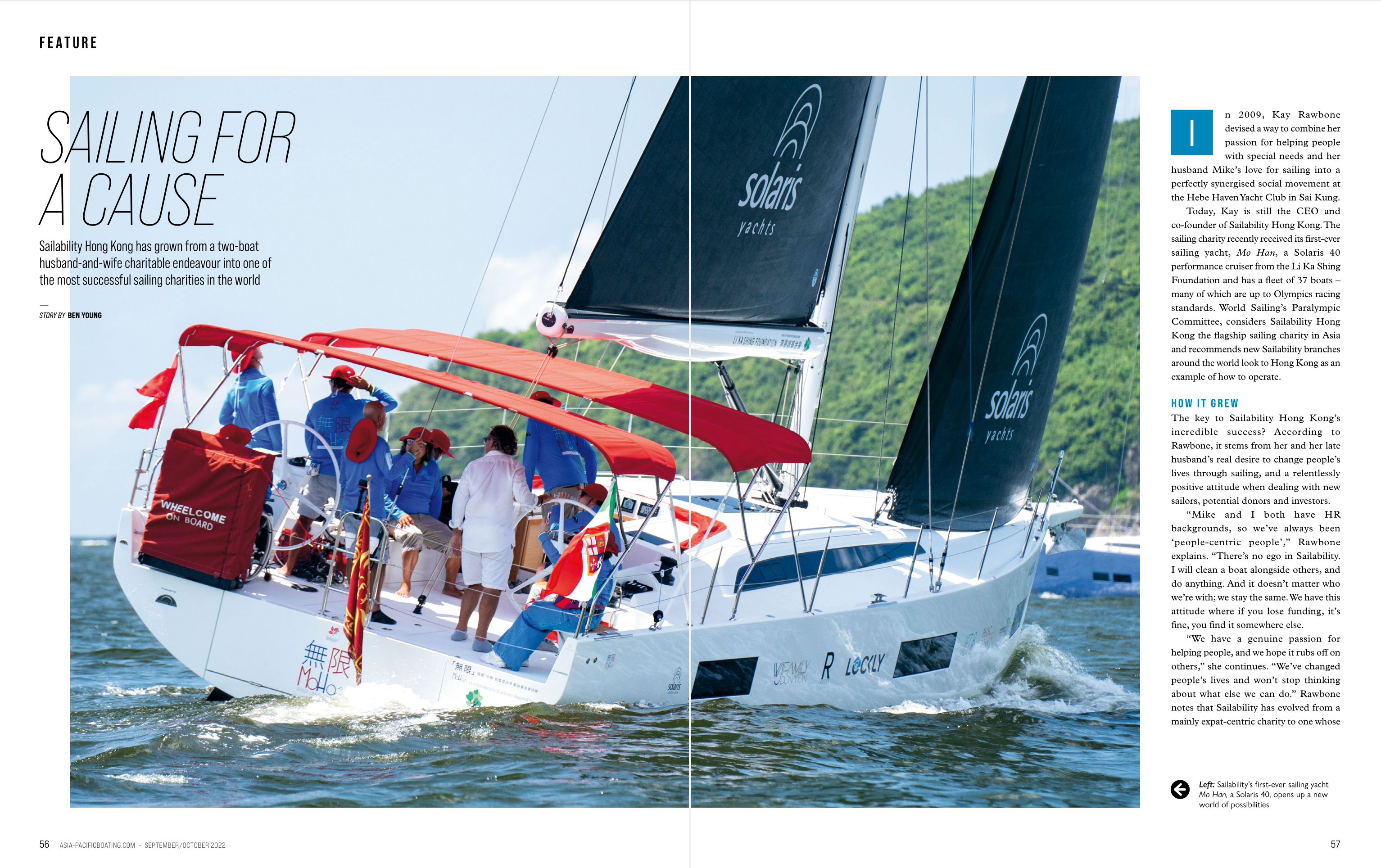 Also in Hong Kong, in our Living It Up section, we meet Austen Chu, the co-founder of Wristcheck, a purveyor of collectable premium pre-owned watches that find a place in its contemporary-looking showroom in one of the city’s most glamorous downtown malls. 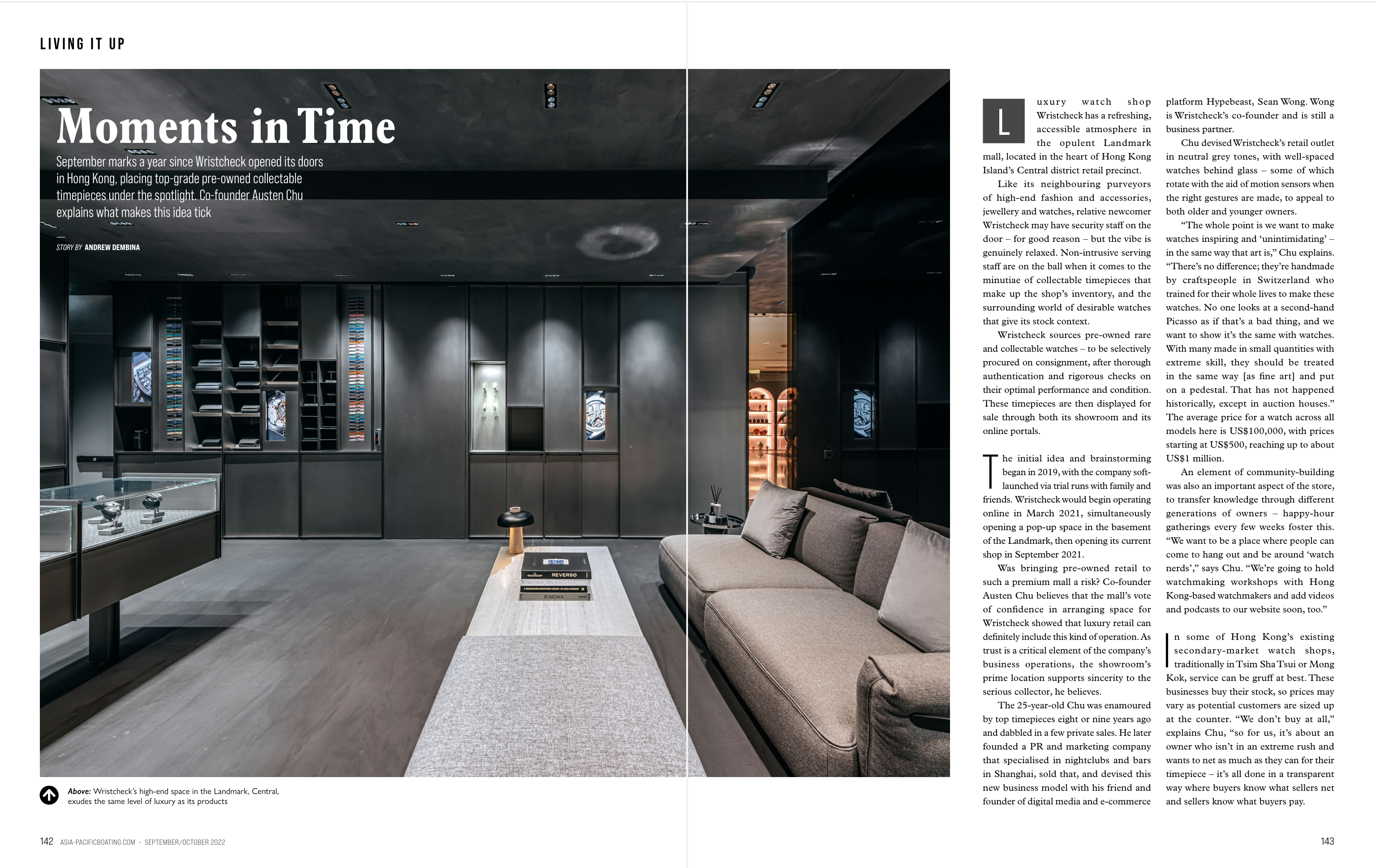 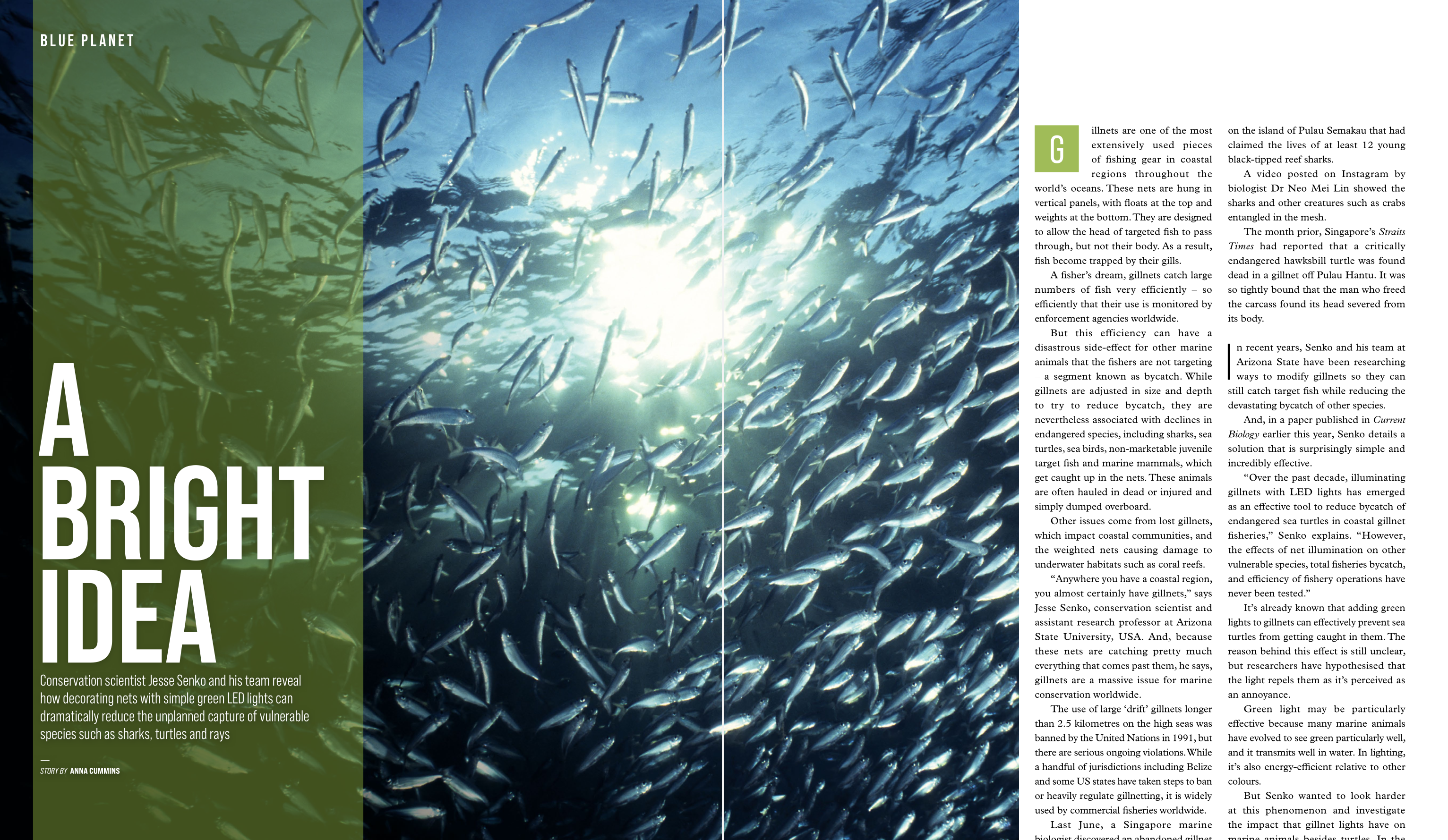 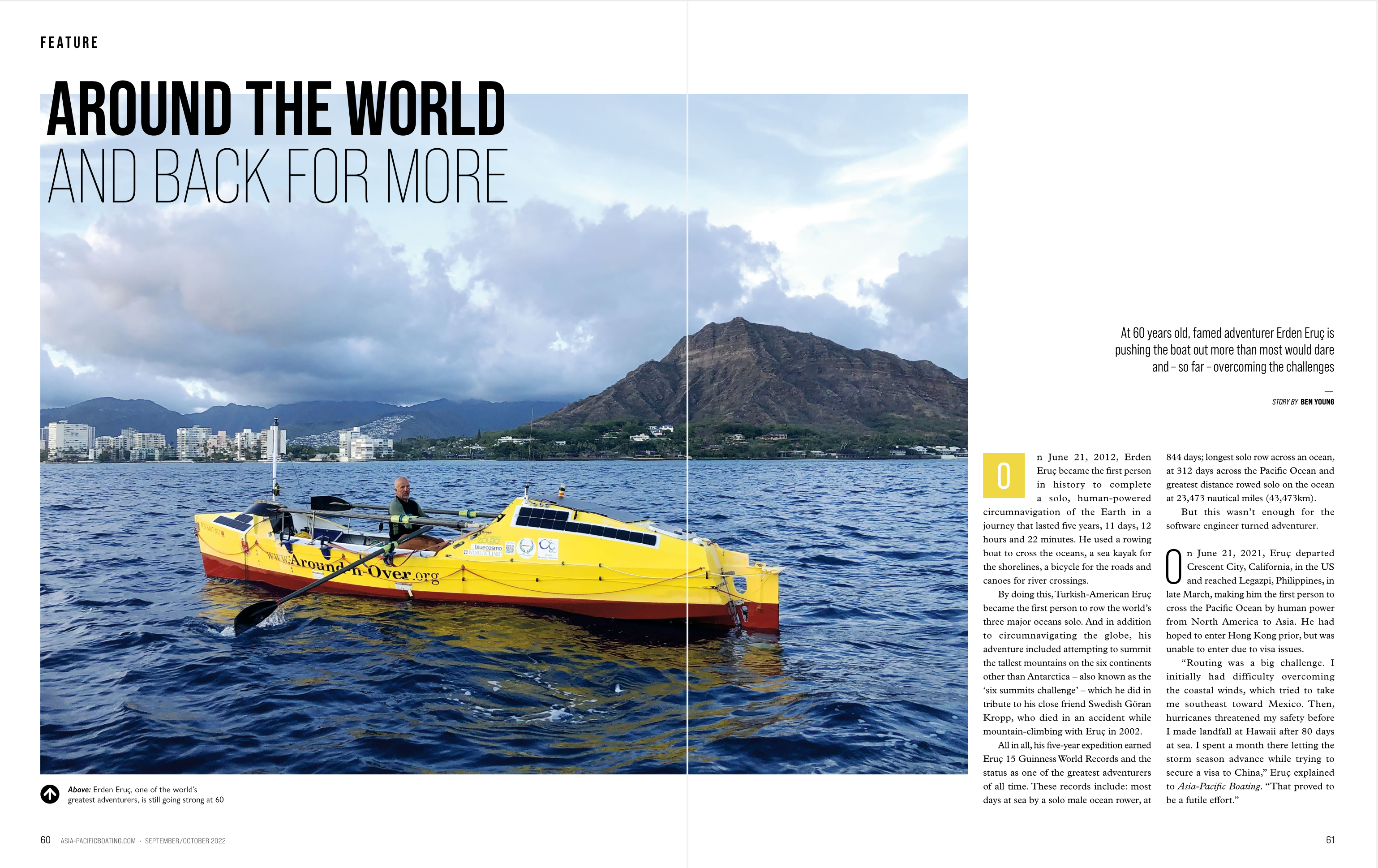 Inspiring stories, we hope, and we wish you a happy time reading them as we do to those preparing for an inspirational visit to the season’s boat shows. 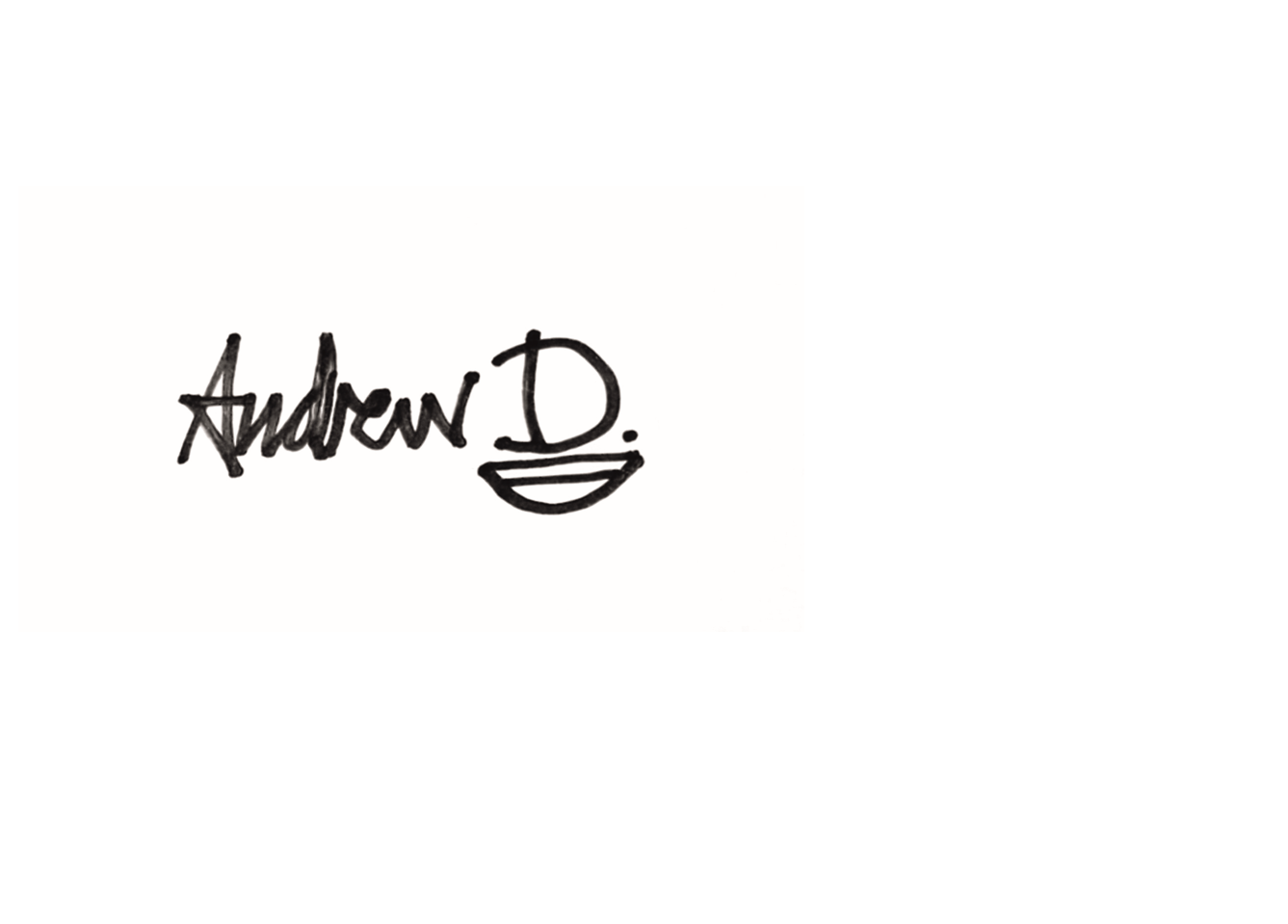