Defending team suffers setback during a practice session on Monday

The Emirates Team New Zealand experienced a dramatic capsize on Monday, January 11, 2021, during a morning training session alongside the other three contending teams. Kiwi vessel Te Rehutai lost control during a gybe in a high-speed downwind gust, with the boat twisting before it slammed into the water. No-one was reported injured and the boat is, fortunately, not seriously damaged.

The 36th America’s Cup starts on March 6, 2021. It is the oldest trophy in international sport and dates back to 1851, when the yacht America sailed across the Atlantic to take on the best of the British fleet.

Four teams, including the defending Emirates Team New Zealand, have signed up to take on the challenge this year. The contenders are the Italians of Luna Rossa Prada Pirelli Team, the Challenger of Record, New York Yacht Club American Magic (USA) and INEOS Team UK (UK). 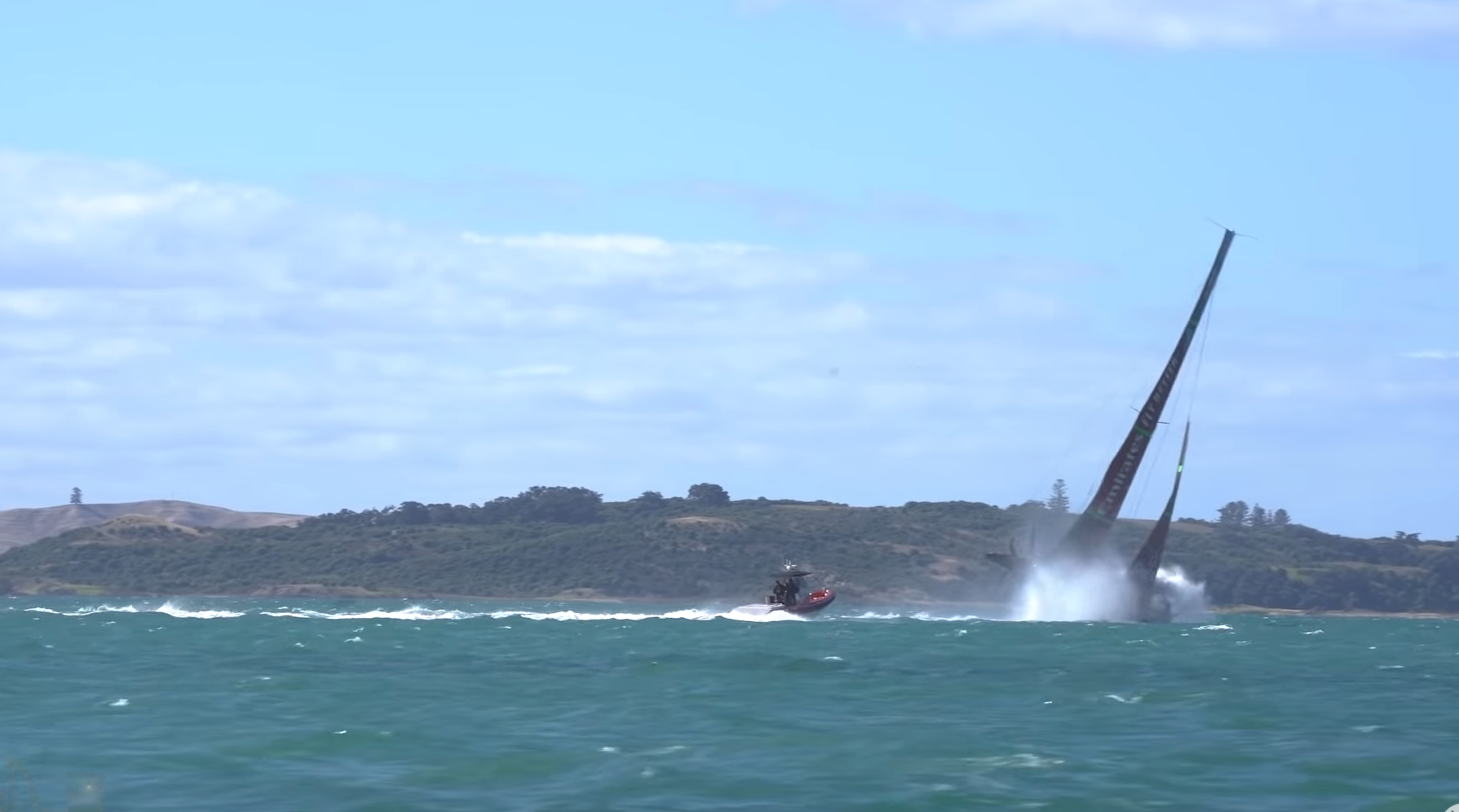 Commentators on footage of the capsize, posted by New Zealand sailing news site Live Sail Die, have raised questions over whether the nearby helicopter could have played a part in the mistake, with one commentor suggesting: “The downdraft from that helicopter would not have helped. Those guys should have kept well away. Too eager for a shot and careless of the guys beneath them.”

However, Team New Zealand has downplayed the concern. In a media statement, ETNZ said: “We got a little too high in the gybe and stopped pretty quick. Full credit to the design of these boats that they are still in one piece.”

The capsize is a classic example of the dramatic action seen in the America’s Cup, which officially launches with the Prada Cup series beginning January 15, 2021.