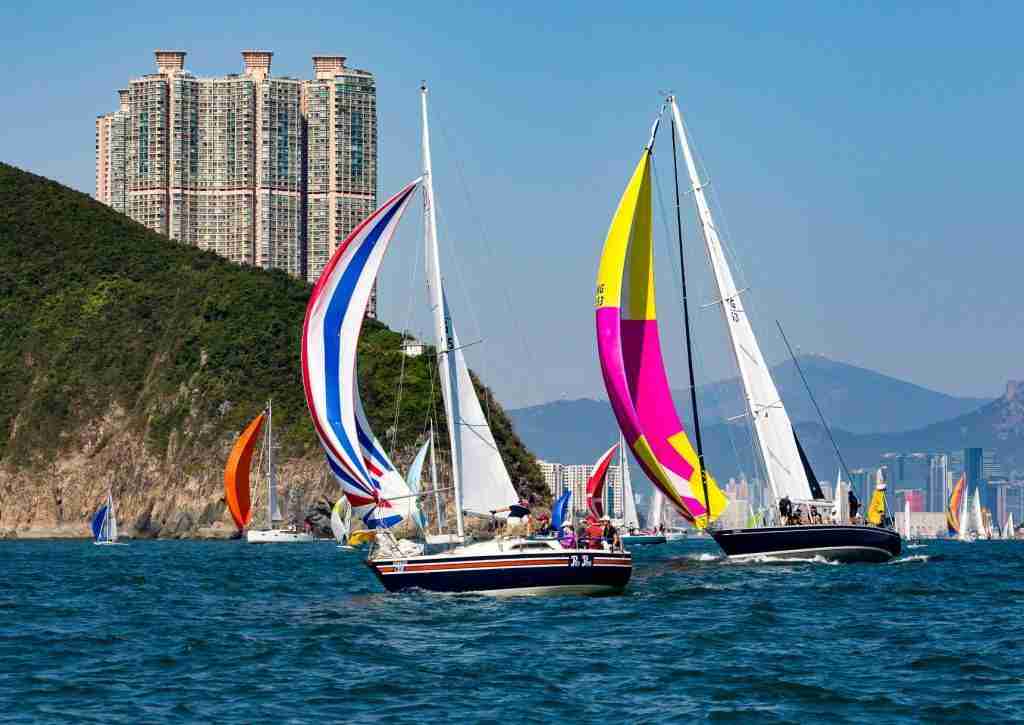 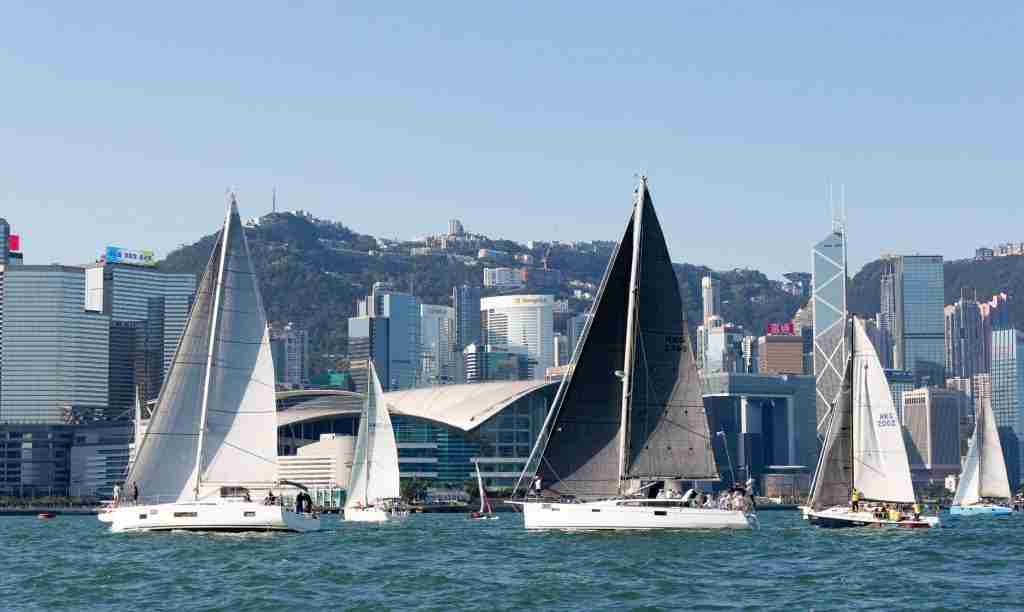 228 boats from 14 classes, including seven one-design classes, sportsboats, HKPN, IRC, dinghies and beach catamarans, lined up for the 26nm circumnavigation of Hong Kong Island under a beautiful blue sky. 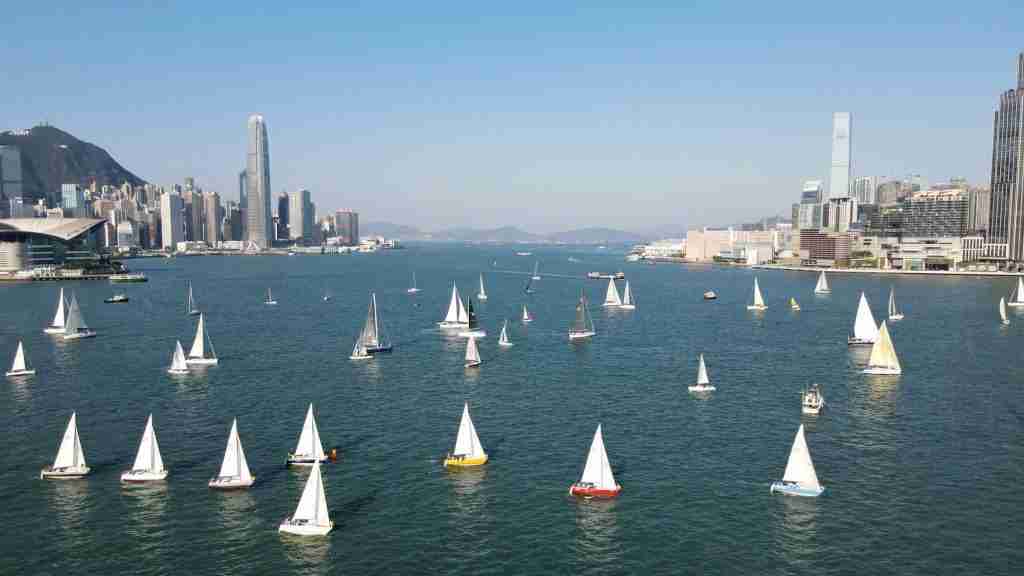 The first start was at 8:30am with the Pandoras, HKPN Monohulls and Multihull Cruisers setting off in a northeasterly breeze of around 8 to10kts. By the completion of the 21 start sequences, the breeze had built up to 15kts, ideal conditions for the final start of the quickest yachts, the Fast Fleet 3, consisting of three TP52s and a Trimaran 40 Carbon 3, which set off at 11:00am. 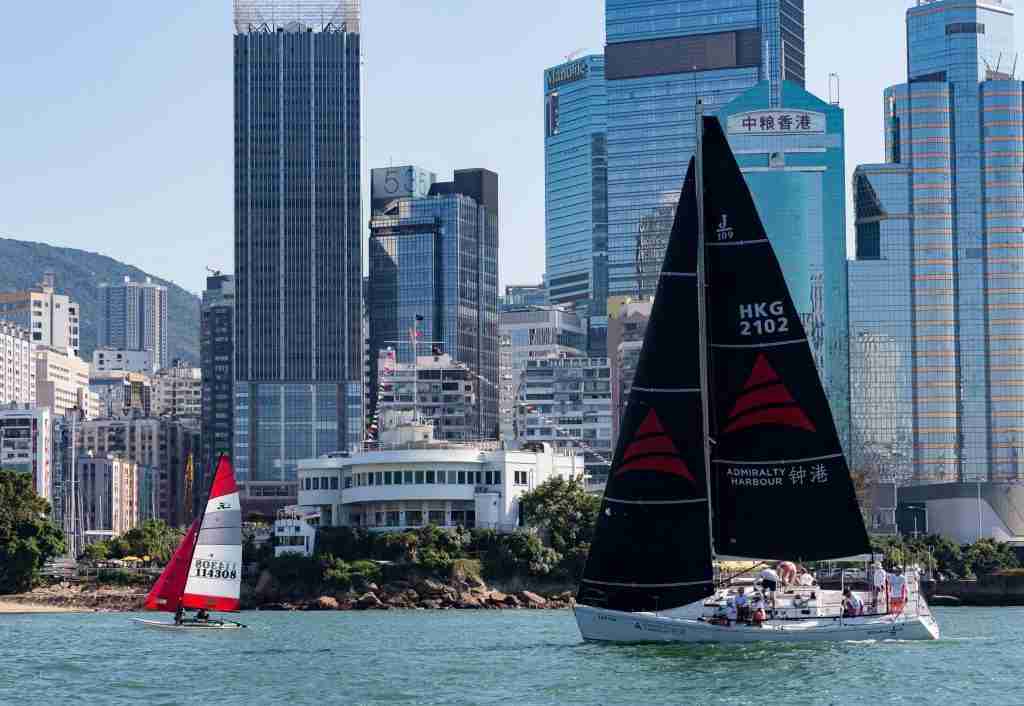 Members of the public gathered at the newly opened East Coast Park precinct to catch a glimpse of this amazing spectacle of sail. 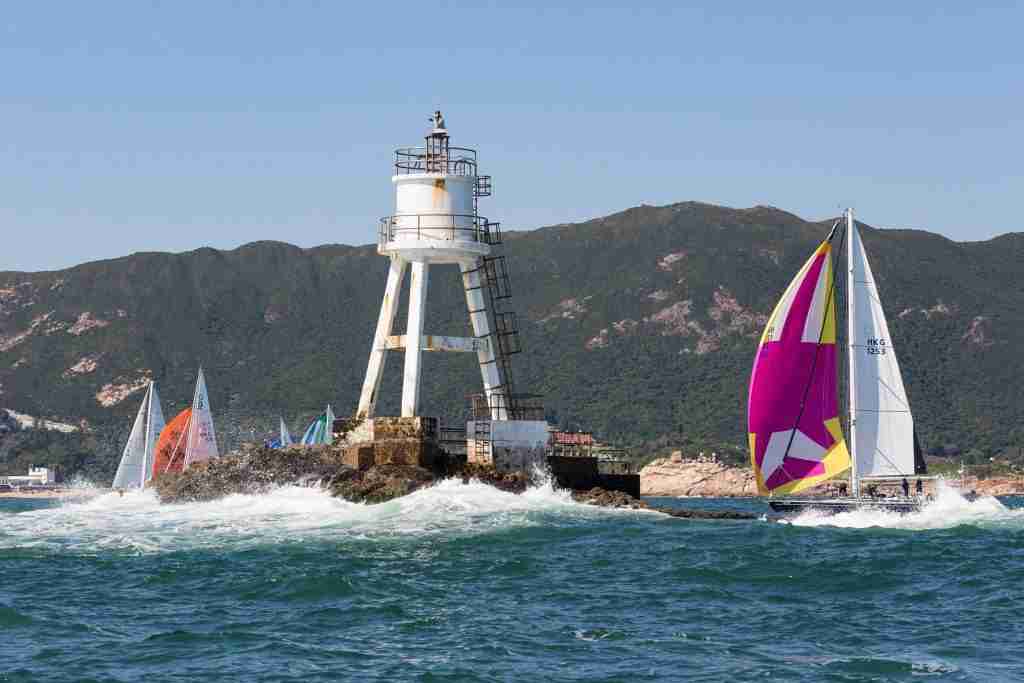 The steady breeze in the harbour enabled the fleet to sail effortlessly through Lei Yue Mun gap and enjoy a fresh 15kts north easterly breeze by Shek O and Stanley, where hundreds of colourful spinnakers could be seen highlighting the horizon. 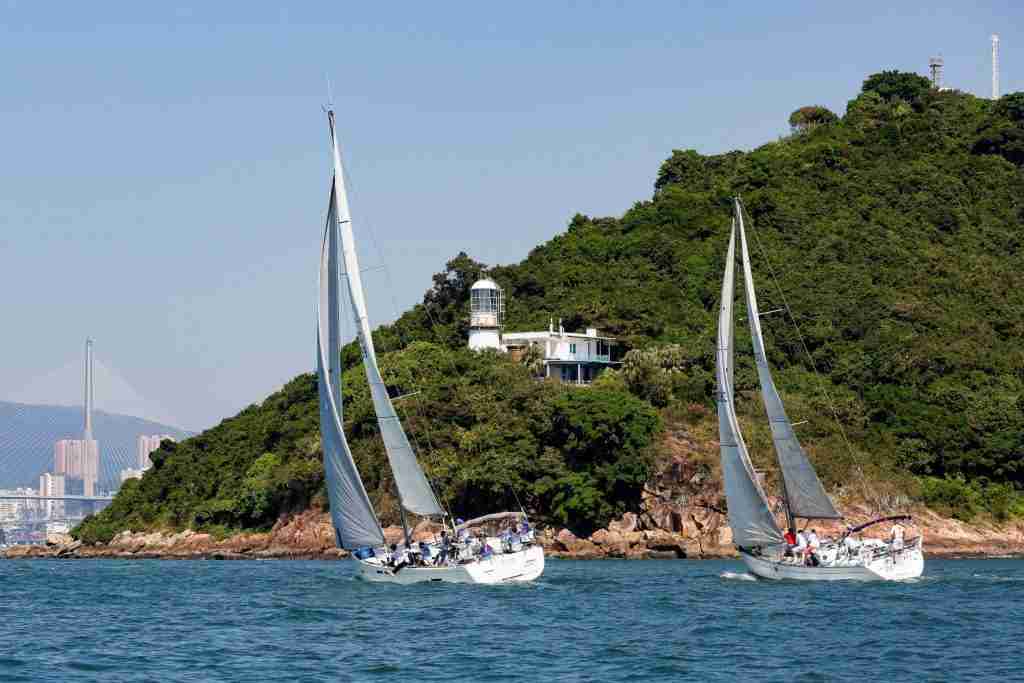 A softening breeze by noon saw the fleet slow up¬†and compress as they approached the notoriously low breeze section of the course between Ap Lei Chau and Cyberport. With 6kts of breeze making for slow progress through the Cyberport Gate, the fleet made for the final turning mark into the harbour and on to the finish.

It’s our first Line Honours for the Around the Island Race. We almost didn’t stop at all save for some 40-odd seconds, which is a big difference from last year’s experience – Joachim Isler

Ambush was the first boat to cross the line back at Kellett Island at 1:41pm, followed by Tiffany & Jeremy Koo’s Ker 42 Custom¬†Seawolf¬†and Helmuth Hennig and David Kong’s Mills 41¬†Quest. Brian Tsang’s Hobie 16¬†Curry¬†crossed the finish line in 8th place, with the first Class boat to finish being Frank Van Kempen’s Etchells¬†King of the Pin. 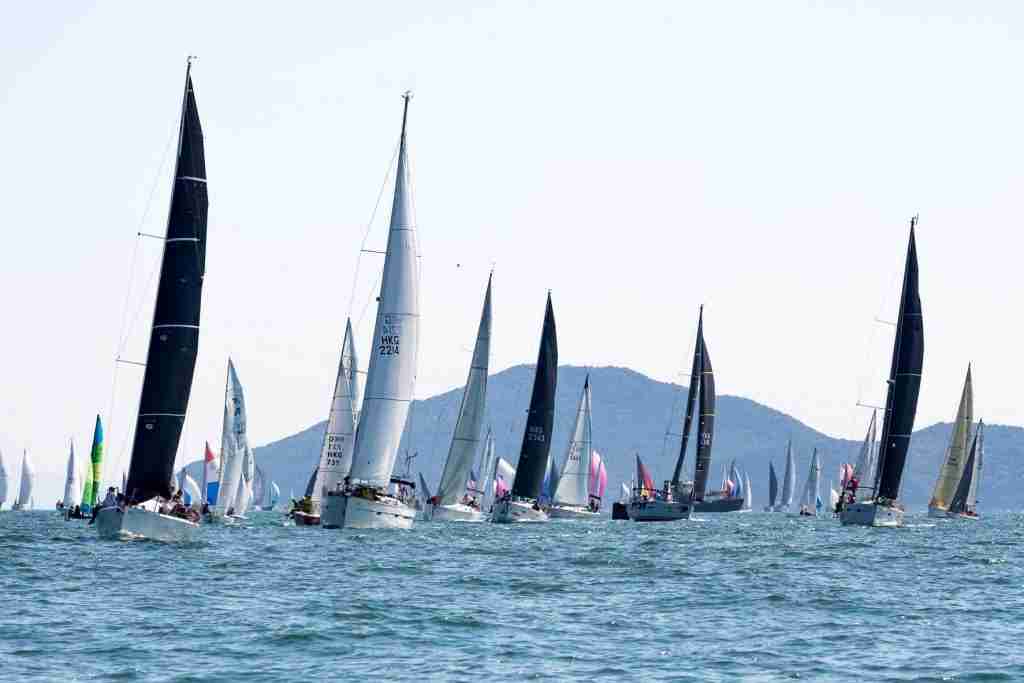 Joachim Isler and Andrew Taylor, co-skippers of Ambush,¬†described it as one of the best years in terms of wind conditions for the Around the Island Race. “It’s our first Line Honours for the Around the Island Race. We almost didn’t stop at all save for some 40-odd seconds, which is a big difference from last year’s experience. We benefitted by using our Code 0 down past Shek O and our crew did a great job changing from the Code 0 to spinnaker.¬†Ambush¬†had a great run from Lei Yue Mun to Cape D’Aguilar, and also from Cape D’Aguilar to Ap Lei Chau, and we had a good battle with¬†Seawolf¬†all the way at the south side.”

Race Officer Dave Norton agreed that this had been one of the best Around the Island Races for many years: “Almost 95% of the fleet finished the full circumnavigation and there were boats from each of the classes finishing before 1600hrs (4pm), so the great conditions made it an easy decision for the Race Management team to run the full circumnavigation. It was a splendid day with beautiful weather, except the strong tide at the last leg in the Harbour approaching the finishing line. Even though we didn’t quite hit the race record set in 2013, it was a fantastic day!”