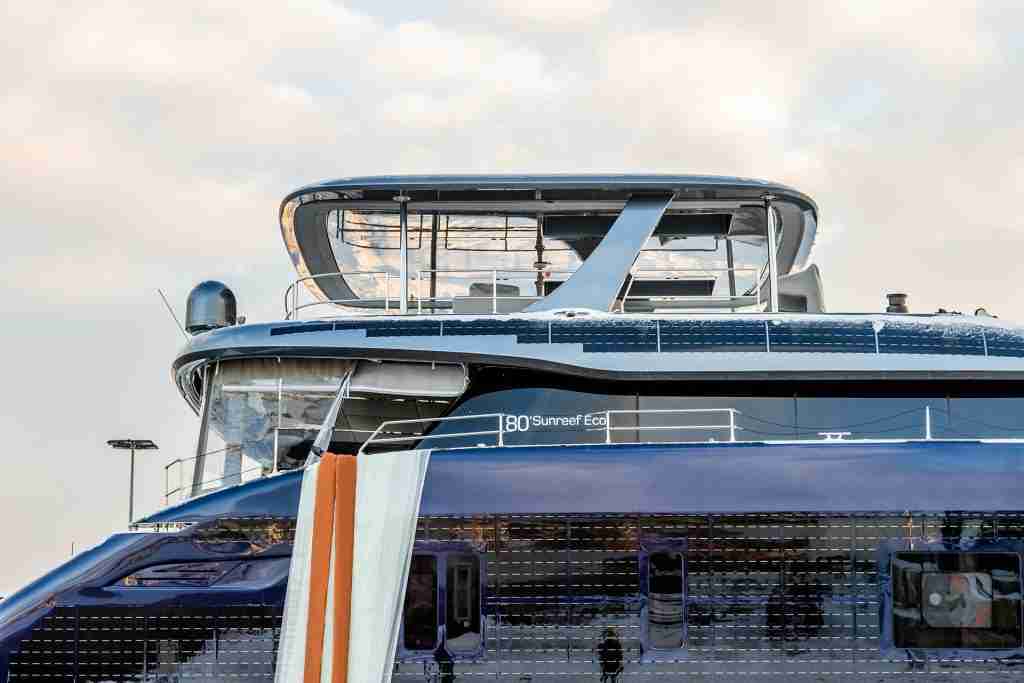 Sunreef has developed a “solar skin”, a technique to insert PV cells into the fibreglass of a yacht

Polish yacht builder Sunreef Yachts has just launched the new all-electric Sunreef 80 Eco. The 23.9m sailing catamaran has a photovoltaic system that generate up to 32kWp, thanks to solar panels integrated into the structure of the yacht, including the hull sides, superstructure, mast and boom. The Sunreef 80 Eco also features advanced hydro generation technology, with 15 kWh being generated while the yacht sails at or above 7 knots. The energy obtained will be used to power both the propulsion and house appliances. Twin 180kW electric engines provide emissions-free power when not under sail. 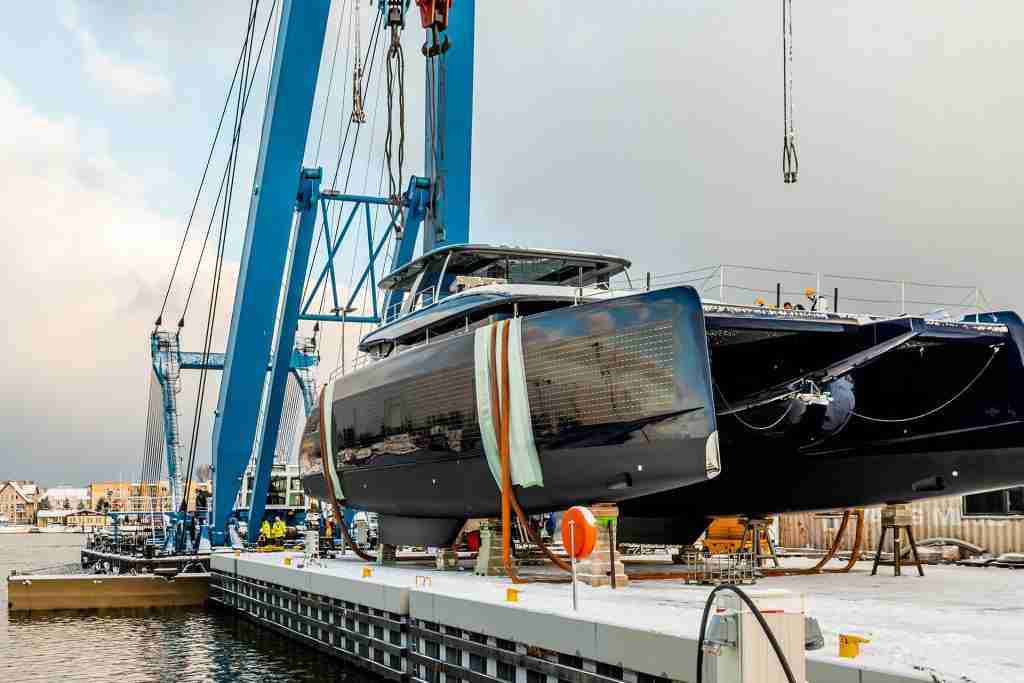 Early in 2021, Sunreef revealed a new, patented technique for building photovoltaic cells into the fibreglass of a yacht, thereby increasing the amount of PV cells that could be installed.

The launch of the all-electric Sunreef 80 Eco is also part of a long running effort by the brand to offer Eco versions of each model in the company’s range, a push spearheaded by Francis and Nicolas Lapp.

“We take a great step forward with this truly pioneering yacht,” said Francis Lapp, Sunreef Yachts president and founder. “Renewable energy is the key element in the design of the Sunreef 80 Eco. Thanks to a revolutionary solar power system, hydro-generation and performance sails, the Sunreef 80 Eco provides full autonomy, relying on the sun, water and wind.”

In addition to the other features, Sunreef says that the 300kW battery bank on the Sunreef 80 Eco is 30% lighter than the average batteries used in the nautical industry, with a density of less than 5.2kg / kWh. The reduced weight of the battery bank adds to the overall efficiency and performance of the yacht, under power or sail.

Sunreef is among the pioneers of developing green technology with the aim of reducing or eliminating emissions. Other yards have also stepped up the effort, particularly in the catamaran segment, which offers bigger areas for photovoltaic cells.

Read: Driving to zero: How the yacht industry is using tech to fight climate change

Guests onboard will have access to plenty of space for storage and living, thanks to a 11.5m beam. The sailing performance will be powered by a fully-battened main sail of 200sqm and a Genoa of 155sqm.