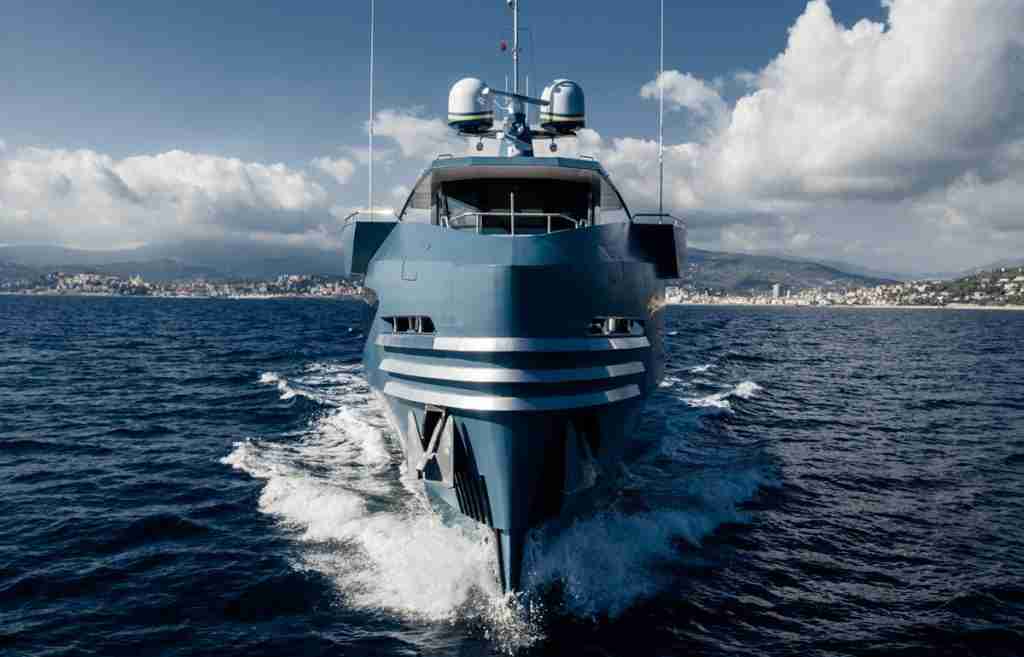 Alia Yachts of Turkey has released the first photos of the new, all-aluminium 36m shadow yacht PHI Phantom, which will be the “chase boat” for the 58.5m Phi, launched by Royal Huisman this year. PHI Phantom will follow PHI around the world, carrying a range of toys and tenders.

PHI Phantom was designed to mirror the remarkable looks of PHI, but with a rugged hull design. 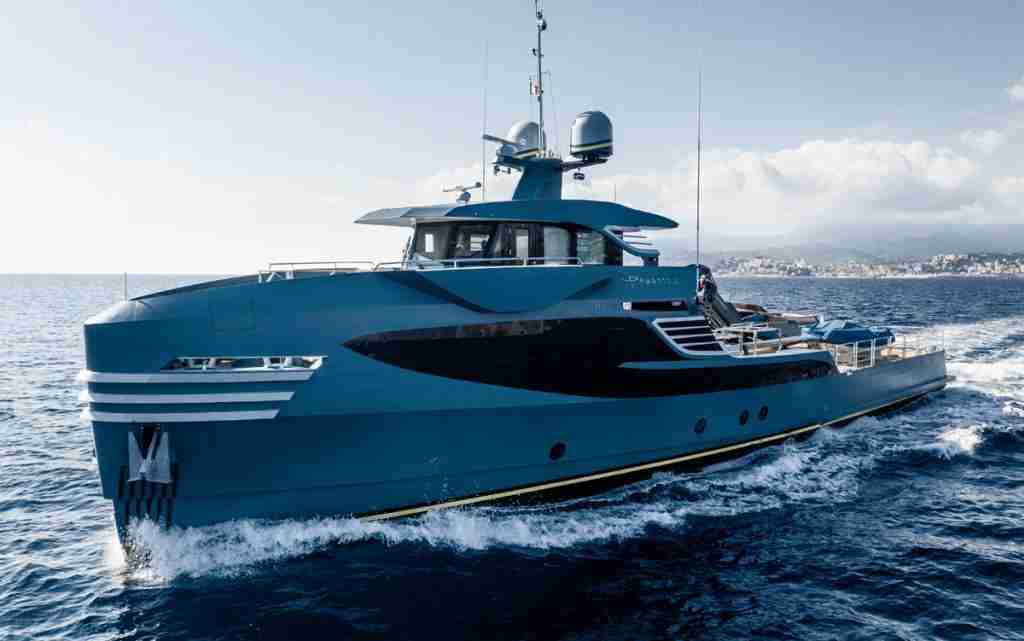 “The exterior styling of PHI Phantom has everything to do with her mothership PHI and at the same time she is really and literally a shadow of the longer beauty queen,” says exterior designer Cor D. Rover. “So, we simply looked at the design DNA that we gave mothership PHI, which consisted of a set of organically curved sheerlines, contrasting black and blue surfaces, and sharp edged and curved wing stations. As much as we were able to, given the constraints, we applied this DNA to PHI Phantom.”

The paint for both PHI and PHI Phantom uses “Stars and Stripes Blue”, but on PHI Phantom is a matt finish, while PHI has a high gloss finish. 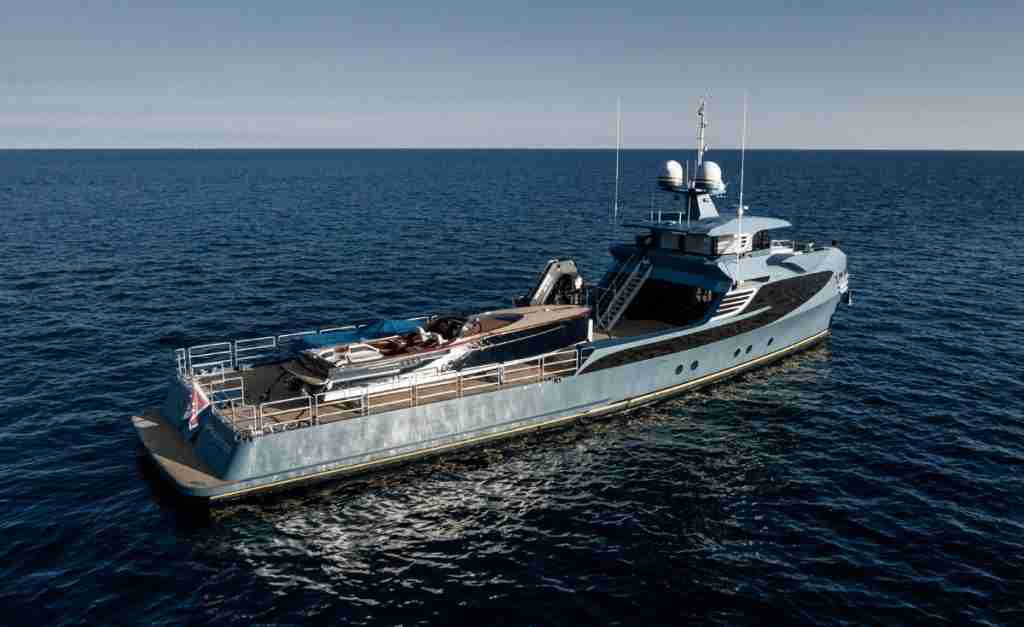 With a patented Fast Displacement XL¬Æ hull from Van Oossanen and twin Cat C-32 engines, PHI Phantom has a range of over 6,000 nautical miles at her cruising speed of 11 knots. At full speed, she can reach 21 knots, matching the speed of the mothership.

“It was clear from the start that the long and slender Fast Displacement XL¬Æ would be highly beneficial for application to a chase yacht,” said Perry van Oossanen of Van Oossanen Naval Architects. “The extra length directly translates to extra deck space, which is the main purpose of a chase yacht and will add versatility, high fuel-efficiency and comfort.” 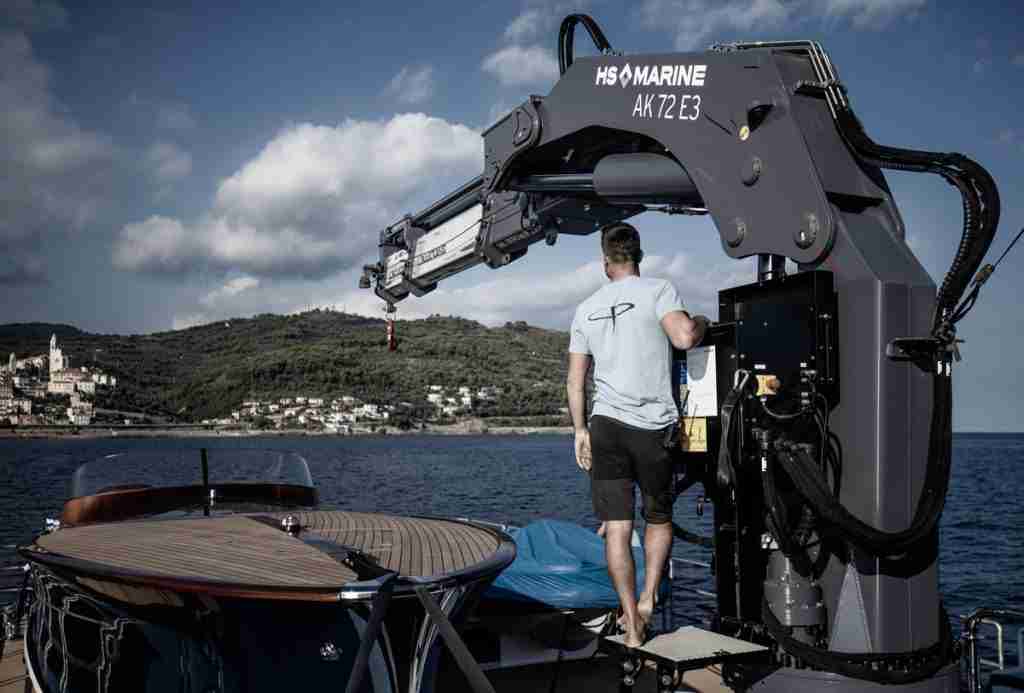 The new shadow yacht has 9m HS Marine crane for launching and retrieving the tenders and toys stored on the 150sqm open aft deck. 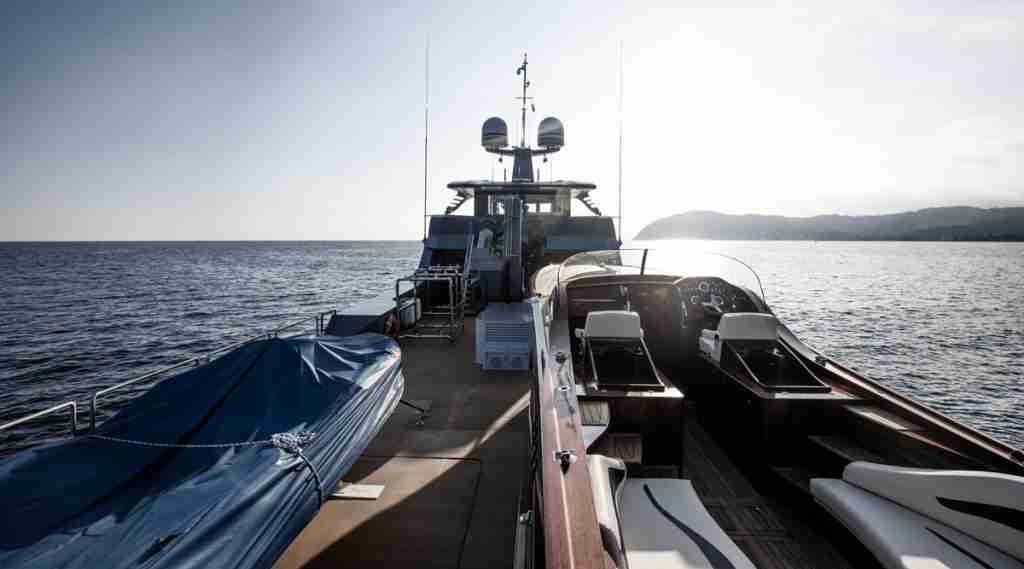 Among the tenders is the 12.3m motor launch Spirit of PHI, built by the UK’s Spirit Yachts, well known for their beautiful, wooden yachts. There is a small sailboat, electric car and jet skis, as well as an array of trail bikes, boards and inflatables.

PHI Phantom will also be capable of bunkering fuel to extend the mothership’s range and it houses extra laundry facilities to boost capacity when there are lots of guests aboard. There are three cabins on board, enough to accommodate the three permanent crew and offer a slightly larger cabin with a desk to a guest or visitor, such as a guide. 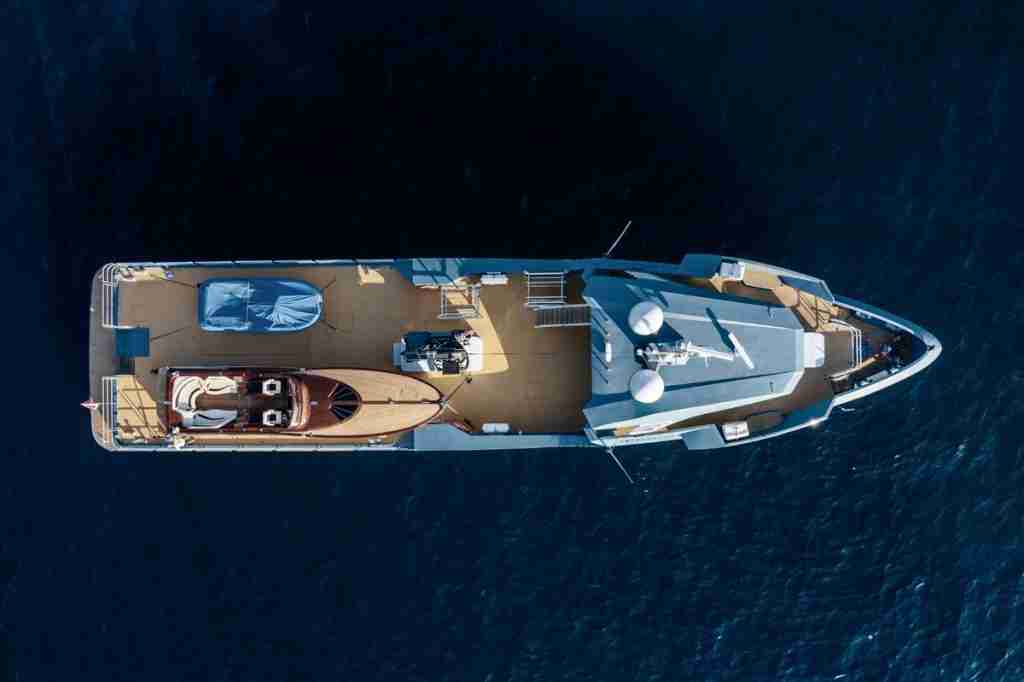 “All our skills as a yard have been brought to bear in the creation of a yacht whose capabilities will make her a joy to use in the many adventures that lie ahead of her,” said said G√∂khan √áelik, President of Alia Yachts. “We wish PHI Phantom, her mothership and those who sail in them all the joys of the high seas.”

Alia Yachts was founded in 2008 by √áelik, together with √ñmer Koray, in Antalya, Turkey. The company recently completed an expansion of its shipyard, which now has 25,000sqm of indoor space, including 4,000 sqm dedicated to the joinery work.¬†Alia can build yachts in steel and aluminium up to 80m.