After months of interruption, disruption and uncertainty caused by the pandemic, competitive sailing in Asia is returning to business as usual 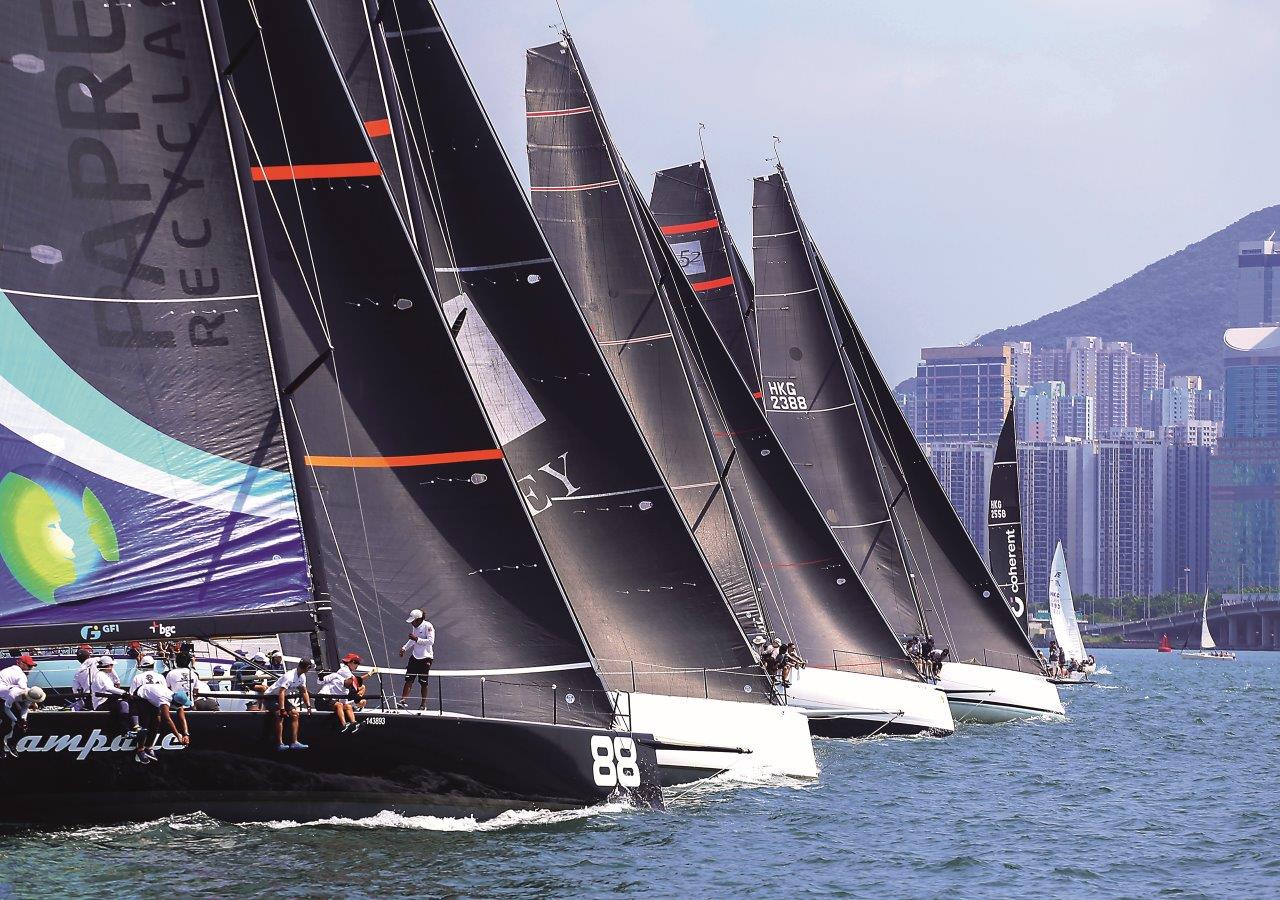 The impact of the global pandemic made the organisation of sail racing extremely challenging. Still, clubs across Asia hope these disturbances are over and are working overtime to get racing schedules and key events back on track as they seek to return to business as usual this year.

“I think boat owners are coming back to sail, and it’s almost back to pre-Covid,” says Cordelia Liau, who manages events at the Republic of Singapore Yacht Club (RSYC).

With over 190 years’ experience of regattas and racing, the Republic of Singapore Yacht Club (RSYC) has built a solid yachting heritage. The highlight of their sailing calendar is the RSYC Regatta, probably the longest-running regatta in Singapore, with races dating back to the 1920s – and being held this year from July 29 to 31.

“We are also the co-organisers of the Singapore Regatta [the 2022 edition is to be held over the weekend of July 23 and 24] and are planning for the RSYC Optimist Knockout Championship in the same month,” says Liau, who is excited about the busy months ahead. 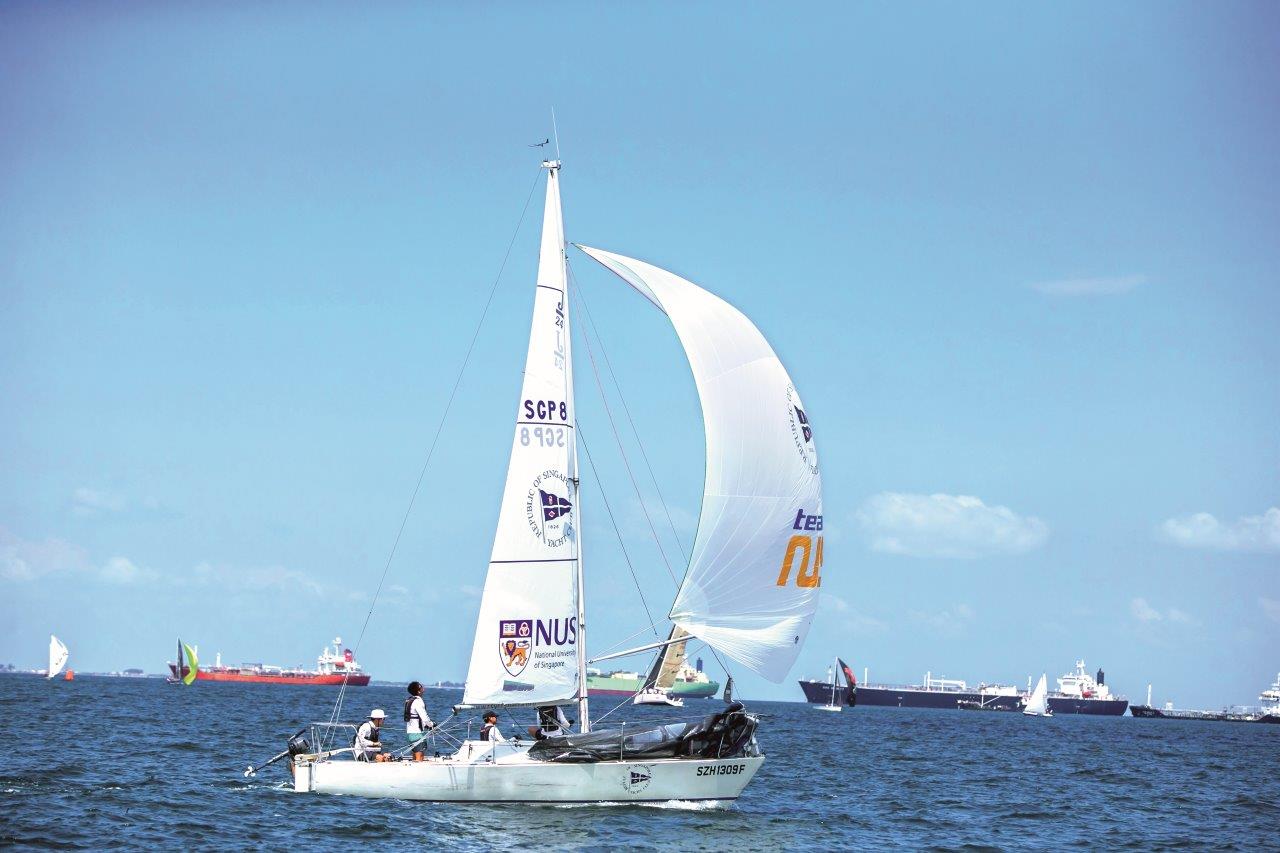 International competition was severely affected by the extensive travel restrictions and quarantine requirements imposed across the region, meaning it was difficult, if not impossible, for sailors to travel to compete in international events.

One of the most famous international regattas in Asia, The Raja Muda Selangor International Regatta (RMSIR), was postponed in 2020. When run in December 2021 had to be restricted to domestic-crew participants only. The RMSIR, or Raja Muda as most sailors refer to it, is the second oldest regatta in Asia. In 1989, the Raja Muda (Crown Prince) of Selangor, a keen sailor and member of the Royal Selangor Yacht Club, introduced the idea of hosting a regatta for boats that were coming to the Malaysian club en route to the then newly formed Kings Cup held in Thailand, in December.

“Obviously, the pandemic caused sailing and racing to be severely restricted, but sailors have been itching to get back on the water, and we believe that 2022 will see sailing events expanding and maybe more new people learning to sail” – Norhamizah Amiruddin, Royal Selangor Yacht Club

Participating at the Raja Muda offers a challenging and unforgettable experience for any standard of sailor and is organised by the same club in conjunction with the Royal Ocean Racing Club. It consists of three overnight-passage races, covering 260 nautical miles of the Strait of Malacca, plus three days of harbour racing around the tropical islands of Penang and Langkawi – with an intense social programme on the schedule too.

Following the easing of many pandemic restrictions and the opening of international borders by the Malaysian government on April 1, 2022, this year’s 32nd RMSIR is planned to take place from November 18 to 26. “We hope more boats will participate in this year’s RMSIR, and we have been welcoming more international entries to take part – we are expecting about 35 boats in all, with 300 to 400 participants,” says Norhamizah Amiruddin, a senior administration, events and marketing executive, at the Royal Selangor Yacht Club, situated at Port Klang, southeast of Kula Lumpur. 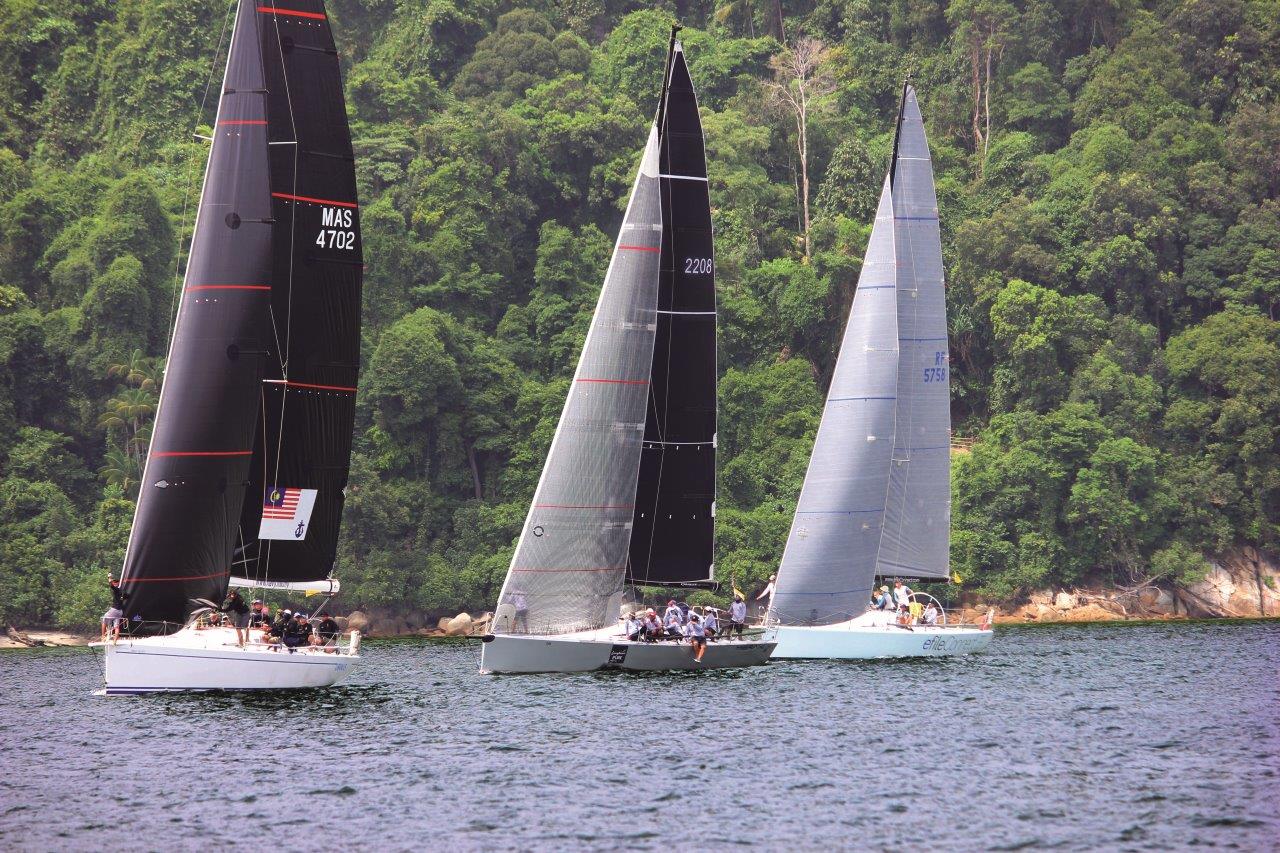 She says the return to racing events at the Royal Selangor Yacht Club has been gradual, starting at the end of 2021, but weekend racing is returning to normal levels. “Obviously, the pandemic caused sailing and racing to be severely restricted, but sailors have been itching to get back on the water. We believe that within 2022 we will see sailing events expanding and maybe more new people learning to sail,” says Amiruddin.

It’s a similar story in Thailand, where yacht clubs have urged members back onto the water as soon as public health restrictions allowed it. The international dimension to racing was restored on May 1 when the Thai authorities opened their borders to all fully vaccinated international visitors.

The Royal Varuna Yacht Club (RVYC), located in Pattaya, can trace its roots back to the 1960s when King Bhumibol Adulyadej, the late then Thai Monarch, himself a champion regional dinghy sailor, bestowed royal patronage on the club. The name Varuna refers to the Hindu deity who is said to command the wind.

“We are basically fitting five months of club event sailing into five weeks, as the government closed down all sport—both indoors and out” – Ailsa Angus, Royal Hong Kong Yacht Club

The easing of travel restrictions was swiftly followed by the club’s announcement that it had secured the rights to hold International Laser Class Association ILCA 6 and ILCA 7 (previously called the Laser Radial and Laser Standard) Masters Worlds in February next year. It’s a major international sailing competition expected to attract between 150 and 200 elite international sailors for each event, and it’s a strong signal that the region’s prestigious international sailing events are back on the map.

The easing of restrictions in Thailand was also good news for the bigger keelboat events at Phuket Yacht Club. “We have been running regattas throughout the Covid period, albeit with reduced entries as overseas travellers could not get into Thailand without difficulty, until May this year,” says club race officer Warwick Downes.

In June, the club hosted a two-day event (the Boo Meesuk Regatta) for all classes of boats, and the Multihull Solutions Regatta was held from June 24 to 26. “Some overseas boats and crews attending increases the fleet size and makes for a bigger and better event than the previous two years,” says Downes. 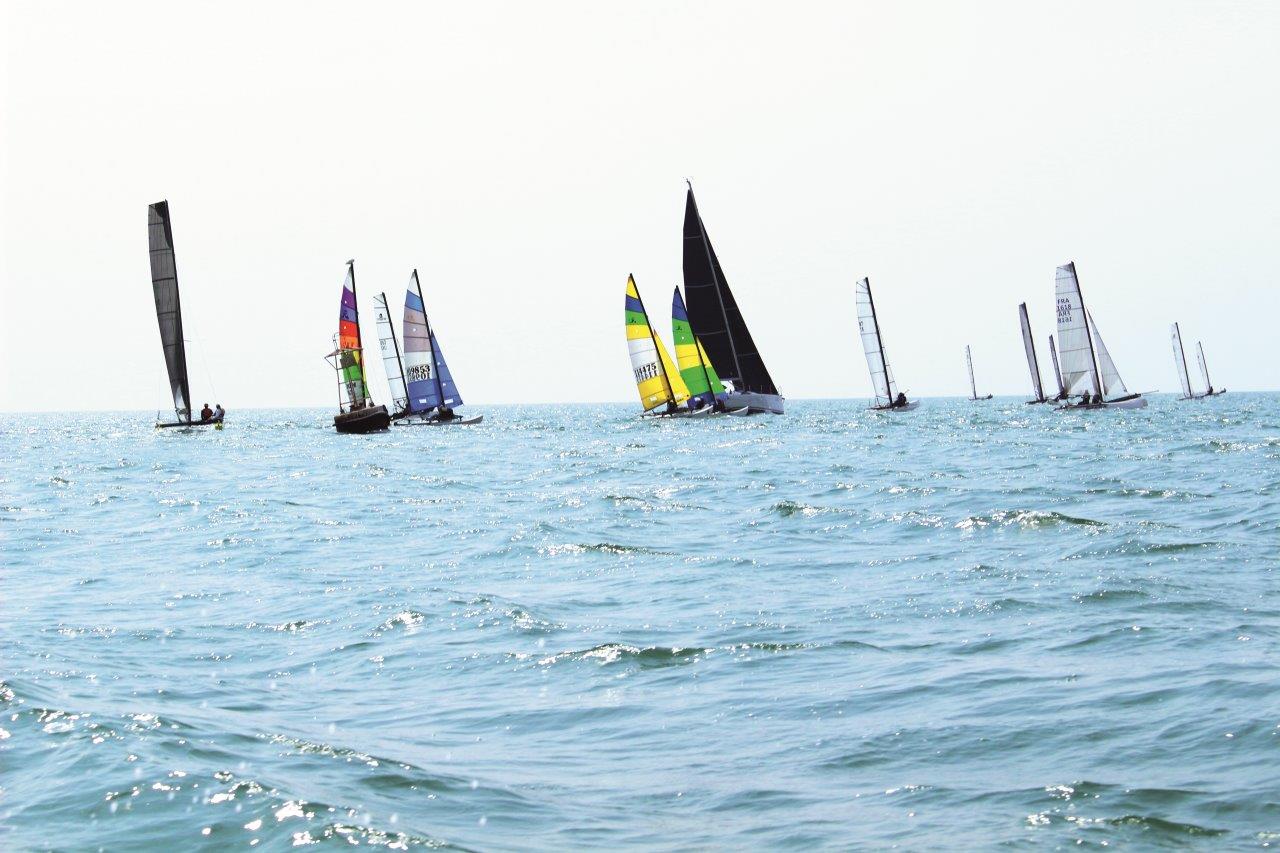 Sailing regattas have been picking up in Thailand since travel restrictions were lifted in May. Photo: courtesy of Royal Varuna Yacht Club

Nowhere has been harder hit by the pandemic restrictions than Hong Kong, where strict social distancing, quarantine rules and inbound travel restrictions have severely disrupted the sailing programme.

Between January 7 and April 21 this year, all indoor and outdoor sporting activity was forbidden, including sailing, and all sports venues and gyms closed. Restrictions were eased in late April, making sailing possible again, but by the end of the local club sailing season in June 2022, stringent international travel and quarantine rules were still in place.

“We are basically fitting five months of club event sailing into five weeks, as the government closed down all sport—both indoors and out,” says Ailsa Angus, Sailing Manager at the Royal Hong Kong Yacht Club (RHKYC), but she is optimistic they are on course to return to the usual pre-Covid sailing schedule.

Among the colourful crew costumes on display, those aboard the yacht Amaze sailed in full Covid protective suits – a tongue-in-cheek reminder of the adverse impact of Covid on the sailing community in Hong Kong

“From the end of May, people needed to have had three shots (vaccinations) to enter public premises, so it’s unlikely that we will be closed down again as vaccination should remain high,” says Angus, and the enforced hiatus has not dented her, or the club’s enthusiasm.

The Nations’ Cup held at the RHKYC each May is arguably one of the club’s foremost fun events. Even the heavy rain and unseasonably cold weather could not stop sailors from dressing up in fancy dress to represent their nation. The local expatriate community helped ensure there were an impressive 59 boats from 18 nations on the water. 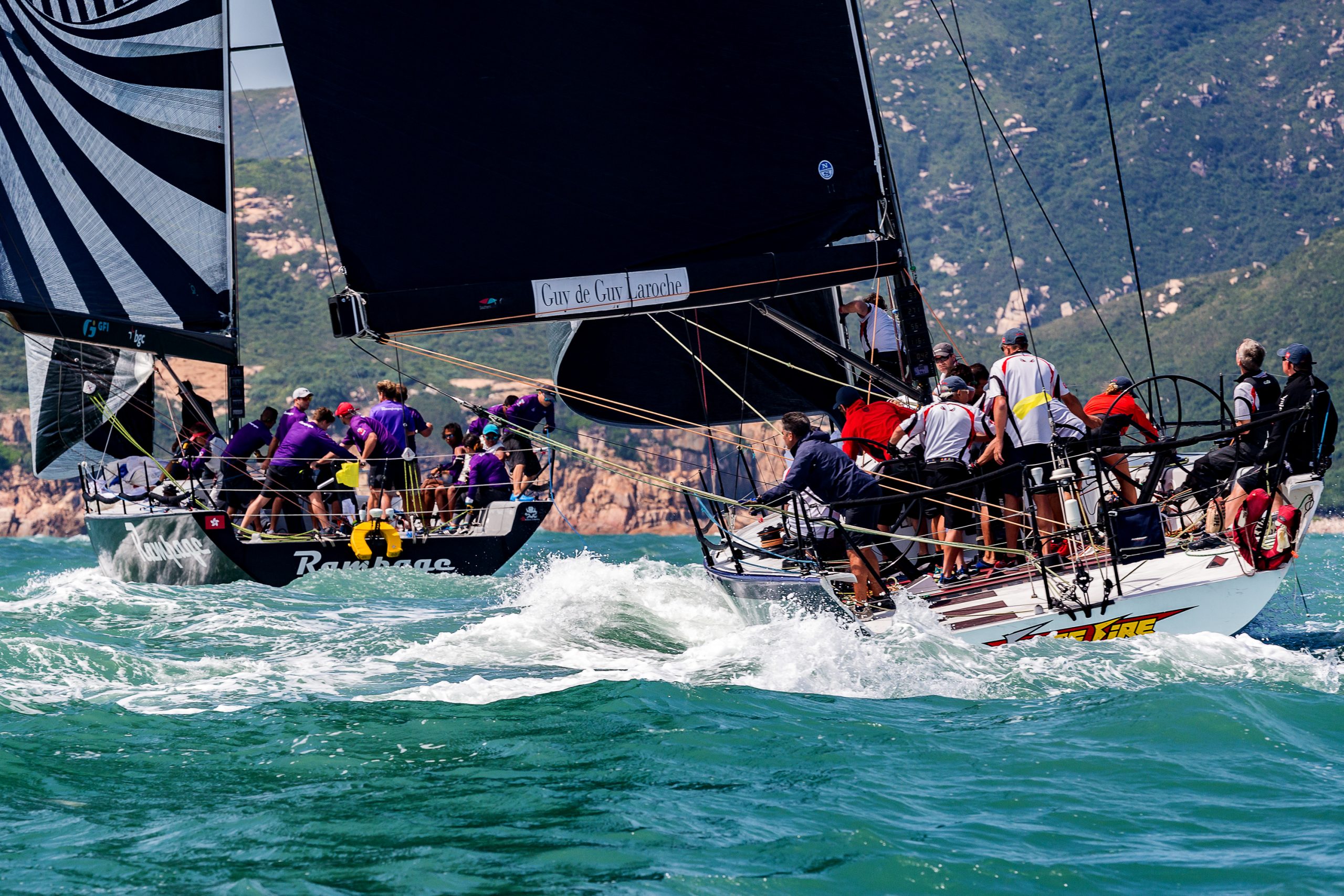 Among the colourful crew costumes on display, those aboard the yacht Amaze sailed in full Covid protective suits – a tongue-in-cheek reminder of the adverse impact of Covid on the sailing community in Hong Kong.

All the clubs interviewed reported a strong resurgence in sail training, race clinics and youth events. It seems people in Asia, particularly youngsters, are keener than ever to get on the water, learn to sail and improve their racing skills. At the recent RHKYC Ladies Helm event, the youngest competitor was seven-year-old Optimist sailor Alix Nguyen, who was competing for the first time in the Dragon Zephyr and managed to take second place in the Dragon fleet.

Thanks to the determination and enthusiasm of staff and volunteers at yacht clubs and sailing schools across the region, the sailing scene remains defiantly optimistic. Despite the damage inflicted by the global pandemic, the future for competitive sailing in Asia could be brighter than ever.