The maritime festival hosted over a million visitors from around the globe, around 300 vessels, and 70,000 on-board visitors

The 830th Hamburg Port Anniversary in Germany was a great success. More than a million visitors from all parts of the world came to the festival, enjoying the activities and atmosphere around Landungs­brücken, the Speicherstadt historic warehouse district, HafenCity, the Fish Market and Oevelgönne Museum Harbour.

Highlights included open tours on many of the 300 or so vessels at the festival, live transmission of a concert by world-famous violinist Anne-Sophie Mutter from the Elbphilharmonie, and the premiere of the Hamburg Active City Championships in HafenCity. The region of Occitania-Southern France made an impressive presentation as country partner. 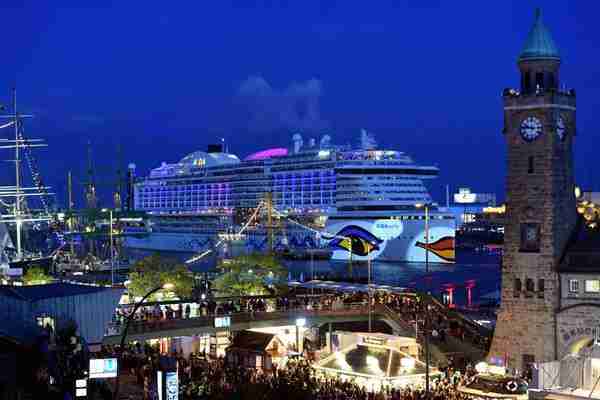 The stars of the Hamburg Port Anniversary were ships and boats – some 300 vessels, ranging from traditional to contemporary, representing the maritime diversity that is unique within Europe. They included magnificent tall ships such as the Kruzenshtern, the Mir, the Sedov, the Alexander von Humboldt II and lovingly restored museum ships. All of them invited visitors on board, as did working vessels and naval units. These open-ship events were very popular with adults and children, and 70,000 visitors took the opportunity to take a look at life on-board for themselves.

Hamburg’s new Branddirektor Westphal, the most advanced firefighting vessel in Europe, was on show at the Hamburg Port Anniversary. The Energy Observer, a high-tech catamaran from France, was another big attraction – she is currently sailing round the world as an ambassador for climate protection, and is powered by renewable energies such as wind, solar and hydrogen.

Michael Westhagemann, Hamburg’s Economics, Transport and Innovation Senator, positively assessed, “The Hamburg Port Anniversary was a fantastic maritime celebration for everyone from Hamburg and the many visitors from elsewhere. I would like to thank everyone involved for their contributions to this unique event.” He was also very pleased with this year’s country partner Occitania/Southern France – “Hamburg has close business connections with Toulouse, the regional capital, especially in the aircraft industry; this partnership has helped us to strengthen and enhance relations.”

Visitors enjoyed an eventful and highly varied programme on all three days of the Hamburg Port Anniversary, with attractions on the water and on shore. A number of the event spaces along the Harbour Promenade put on special activities for families with children. The traditional highlights included the Grand Arrival Parade and the Grand Departure Parade, the Tugboat Ballet, and the big AIDA Firework Display on Saturday evening.

Hansjörg Kunze, Vice President Communication of AIDA Cruises, said “As one of Hamburg’s most important tourism partners, we are delighted to play a major part in the success of the 830th Hamburg Port Anniversary. Each year, this celebration of superlatives raises enthusiasm for cruising, the most wonderful kind of holiday in the world.”

French savoir-vivre and Mediterranean atmosphere were the focus at Kehrwiederspitze, with the country partner Occitania/Southern of France presenting the picturesque region of Occitania. It is located between the Pyrenees and the Mediterranean Sea, and is France’s most important organic farming region. Visitors took the opportunity to try culinary specialities, to find out about culture and sights, and to try a new sport for themselves – the regional variation of boules.

Live music was presented on twelve stages, ranging from pop & rock to blues & jazz, plus punk and shanties, transforming the spaces into a gigantic open-air festival. A special highlight for classical music fans was a concert on Saturday evening with star violinist Anne-Sophie Mutter, transmitted live from the Elbphilharmonie concert hall to the open-air space outside.

Alongside sailing fun and the dragon boat race for the Hamburg Hafencup, there were also demonstrations of sport on land by world-class athletes and clubs – with sports including beach volleyball, hockey and wheelchair basketball. Olympian medallists such as beach volleyball champion Kira Walkenhorst and rowing star Lars Wichert gave information on their sports, and invited visitors to join in sports on the Active City course.